Pakistan’s celebrated supermodel Ayyan Ali was escorted out of prison Tuesday, but she faces a possible 14-year sentence and hefty fine if convicted of money-smuggling.

Prosecutors say Ali was caught carrying a half-million dollars in cash in her suitcase when she was stopped in Islamabad Airport in March. The amount of cash one person is permitted to take out of Pakistan is limited to $10,000.

The Dubai-born 21-year-old was granted bail by a Lahore court before leaving a high-security jail in Rawalpindi, south of Islamabad, on Thursday, according to the BBC. She has denied the charges and intends to appear at any court hearings, her lawyer told the AP news agency.

Ali said the money came from the proceeds of property sales and that she was unaware of the customs rules.

The intense media coverage of the case has raised questions about how Pakistan treats its celebrities. 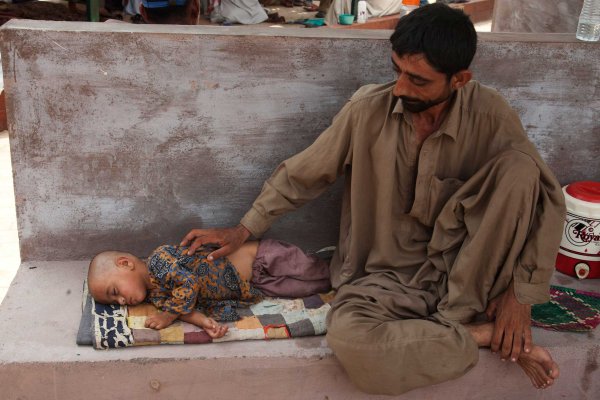 Pakistani Government Slammed Over Heat-Wave Response
Next Up: Editor's Pick