Two Dead, 350,000 Urged to Flee Their Homes as Typhoon Nangka Arrives in Japan

Torrential rain and powerful winds of up to 185 km/h (115 m.p.h.) prompted authorities in southern Japan’s island of Shikoku to order a mass evacuation as Typhoon Nangka made landfall late Thursday.

The typhoon’s approach in the Pacific led Japanese authorities to warn at least 350,000 people to leave their homes. At least two people have died, according to the BBC, citing Kyodo news agency. Broadcaster NHK reported at least 31 have been injured.

While Nangka has since been downgraded to a tropical storm as it moves north, officials worry strong winds and rain could still pose a danger.

On Friday morning, parts of the main island of Honshu were lashed by high waves, gales and thunderstorms, according to the Japan Meteorological Agency

Though the storm was clocked at just 15km/h, the agency reported a maximum sustained wind speed of 90km/h. 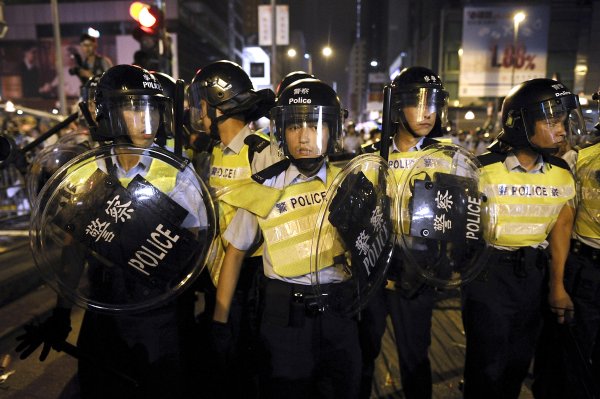 Woman Guilty of Assaulting Officer With Breast
Next Up: Editor's Pick