The Long, Twisted History of Your Credit Score

The credit score is a strange piece of financial alchemy. And yet many Americans see their scores—which claim to encapsulate everything from one’s credit history to one’s attitude toward debt—as normal, even natural.

But, of course, it is not. Credit reporting, in its modern sense, is fewer than 200 years old—invented as part of America’s transition to capitalist modernity. Already, however, its history has proved both alarming and empowering, helping millions realize the American Dream through access to credit, while integrating many more into surveillance networks rivaling the NSA’s. Just as importantly, it has saddled the majority of Americans with a lifelong ‘financial identity’: an un-erasable mark that reflects bad behavior in the past and compels good behavior in the future.

At a moment when credit reports are being used to inform a wide range of life decisions—from where people live and work, to how much they’ll pay for insurance and utilities—this history is more important than ever.

For much of debt’s 5,000-year history, credit reporting has been a deeply personal practice. In 18th-century America, for instance, country storekeepers secured loans by asking well-regarded neighbors to vouch for their character to bankers and merchants. And urban creditors mined far-flung rural acquaintances for rumors and hearsay regarding applicants for credit.

Beginning in the 1820s, however, credit reporting began to modernize, as the density of business transactions made the old system too cumbersome. New bankruptcy laws also made loans a riskier proposition. The result was a series of experiments in standardizing credit evaluation. Though these experiments were limited to commercial credit—loans to businesspeople—they would have important implications for the later history of consumer credit rating.

The most important of these experiments was the Mercantile Agency, founded in 1841 by merchant Lewis Tappan. Burned in the panic of 1837—a depression caused by merchants’ over-extension of credit—Tappan set out to systematize the rumors regarding debtors’ character and assets. Soliciting information from correspondents throughout the country, Tappan’s agency distilled these reports in massive ledgers in New York City.

These early reports were incredibly subjective. As such, they were colored by the opinions of their predominantly white, male reporters, as well as their racial, class and gender biases. One credit reporter from Buffalo, N.Y., for instance, noted that “prudence in large transactions with all Jews should be used.” And a reporter in post-Civil War Georgia described A. G. Marks’ liquor store as “a low Negro shop.”

The subjectivity of these reports had two important consequences. First, it reinforced existing social hierarchies, serving as an early form of redlining. Second, the jumble of rumors contained in early reports proved difficult to translate into actionable lessons. What was one to make, for instance, of reports like the following on Philadelphia merchant Charles Dull from Tappan’s Mercantile Agency: “there is a g[oo]d prej[udi]ce as among the trade—enjoys generally a poor reputation as a man, but is gen[erall]y sup[pose]d to have money”? Increasingly, then, subscribers to the Mercantile Agency and its rival, the Bradstreet Company, began to demand a simplified method of evaluation.

The result was a new thing under the sun: a pseudo-scientific sleight of hand that converted the (mis)information in borrowers’ reports into actionable financial ‘facts.’ Pioneered by Bradstreet in 1857, commercial credit rating would assume a more lasting form in 1864 when the Mercantile Agency, renamed R. G. Dun and Company on the eve of the Civil War, finalized an alphanumeric system that would remain in use until the twentieth century. (The companies later merged, becoming Dun & Bradstreet.)

Though intimately related to contemporary developments in population management, including espionage and statistical analysis, credit scoring was nevertheless novel in its own right. Its arrival meant that commercial borrowers now possessed what scholar Josh Lauer has called a ‘financial identity’: an identifier that not only purported to summarize one’s financial history, but which threatened to plummet, should one suffer a lapse in fortune or discipline. Reflecting on this development, one 19th-century commentator quipped that “the mercantile agency might well be termed a bureau for the promotion of honesty.”

Thus, by the end of the Civil War, the three pillars of modern credit reporting were in place: private-sector mass surveillance that made credit reports possible, bureaucratic information-sharing that made them widely available and a rating system that made them actionable.

It would take nearly a half-century, however, before all three of these pillars would be transferred from commercial to consumer credit evaluation.

Consumer credit reporting, like consumer debt, was unnecessary in early America. Production and consumption were so thoroughly blended that a loan to a farmer for agricultural supplies would inevitably help him or her purchase clothing and furniture as well.

By the second half of the 19th century, however, many Americans conceived of production and consumption as distinct realms. Just as importantly, the success of the labor movement meant that many were working less and making more. Eager for these workers’ hard-earned dollars, many retailers—including America’s newfangled department stores and auto industry—extended generous credit lines. Though prone to abuses (auto and consumer-goods financing were deeply implicated in the Great Depression) these credit lines nevertheless helped put the trappings of middle-class life in the hands of many Americans.

The men and women in charge of evaluating consumer credit were not organized into a single dominant firm, as they were in commercial credit rating. More often, they were employed as credit managers for retailers. But that did not stop them from adopting techniques pioneered by firms like Dun & Bradstreet. Forming a national association in 1912, these credit managers used their professional organization to perfect practices for collecting, sharing and codifying information on retail debtors.

This is not to suggest, however, that there were no important pioneers in the consumer credit-reporting sector. While many early agencies were short-lived, firms like Atlanta’s Retail Credit Company left an enduring impact. Founded in 1899, RCC developed files on millions of Americans over the next 60 years. This information included not just data on credit, capital and character, but information on individuals’ social, political and sexual lives as well. Already a magnet for criticism, the outcry against RCC reached a fever pitch in the 1960s when the firm revealed plans to computerize its records.

The backlash was swift and heated. “Almost inevitably,” argued privacy advocate Alan Westin in a 1968 New York Times article, “transferring information from a manual file onto a computer triggers a threat to civil liberties, to privacy, to a man’s very humanity because access is so simple.” Say goodbye to second chances, Westin claimed: digitized files would make it impossible to outrun one’s past.

Knowingly or otherwise, Westin was echoing critiques that had haunted credit reporting since its earliest days. Writing in Hunt’s Merchant Magazine in 1853, a contributor lamented that, “[g]o where you may to purchase goods, a character has preceded you, either for your benefit or your destruction.” And in 1936, TIME exposed credit bureaus’ astonishing surveillance powers. Chronicling an unfortunate woman’s flight from Chicago to Los Angeles, the story showed how quickly reporters discovered her debts and dark past.

But while Westin’s comments may have drawn on a deeper history, their impact was novel. Indeed, the outcry against the computerization of credit-reporting data resulted not only in congressional investigations, but also in the passage of the Fair Credit Reporting Act in 1970—a landmark piece of legislation that required bureaus to open their files to the public; expunge data on race, sexuality and disability; and delete negative information after a specified period of time.

However, far from halting credit reporting, FCRA helped usher in its golden age. RCC, for instance, came away from congressional hearings with a black eye, but did not disappear. Instead, it changed its name to Equifax in 1975 and continued on its course of computerization. In time, it was joined by Experian and TransUnion. Together, they constitute the ‘Big Three’ of consumer credit reporting.

Despite expanding demand for their services, however, all three firms continued to be hamstrung by problems that had long afflicted the industry: namely, the difficulty of interpreting and comparing their reports. To resolve this, they began working with a tech company to develop a credit-scoring algorithm. The company’s name was Fair, Isaac and Company—though it is known today as FICO.

Fair, Isaac and Company was well positioned to take on this task. Founded in 1956, the firm had already been selling credit-scoring algorithms for decades when the Big Three began their quest for an industry-standard credit score. The result, which hit the market in 1989, was remarkably similar to the algorithm still in use today.

Quickly implemented throughout the consumer credit industry, the FICO score represented the final consummation of a process that began with the Bradstreet Company’s first credit-rating manual. Its arrival meant that, thenceforth, nearly everyone in America would have a codified financial identity. No longer the sole province of commercial borrowers, financial identity had become a fact of life in modern America.

History reminds us that, common as it now seems, credit scoring is anything but universal. People in the past rightly worried about the concentration of power in the hands of secretive, privately-held organizations—firms that Lewis Tappan regularly had to defend against charges of espionage, and that at least one outraged antebellum commentator described as a new Inquisition. Even today, worries remain. As in the past, credit reporting can function as a way of maintaining social hierarchies. Especially among poorer Americans, low credit scores often translate into larger down payments and higher interest rates on purchases—terms that place an undue strain on household budgets and that often result in high rates of bankruptcy and default, which in turn lower credit scores even more.

Not all of history’s lessons, however, are so unflattering. Credit reporting was essential to opening financial opportunities to a broader cross-section of Americans—allowing them to buy not just baubles, but life-changing goods as well.

The alternative to credit reporting, moreover, is a dismal one. Before the modern era, credit was anchored in personal relationships. These relationships could be nurturing. But often they were predatory. Now, obviously, financial ne’er-do-wells have not disappeared. But FICO scores do at least allow individuals to move easily between lenders.

Most of all, knowing the history of credit reporting shows us why it’s important to pay attention to the institution as a whole, and not just to our own scores. Today, credit reports are used to inform decisions about housing, employment, insurance and the cost of utilities. But errors on credit reports are common. And many of the consumer protections in FCRA are being circumvented by opaque, in-house rating systems under development at major financial institutions.

Though cloaked in algorithmic objectivity, the raison d’être of the modern credit score is the same as the scrawled reports in Tappan’s massive ledgers: to determine not just who can repay their debts, but who will choose to do so. To answer this essentially moral question—and to compel ‘good’ behavior—credit bureaus have developed surveillance and information-sharing techniques rivaling anything in the arsenal of the state. These have brought benefits, true. But they have also inscribed Americans’ financial histories in the indelible digital ledgers of modern capitalism—for the mighty to see, and the majority to glimpse.

In the face of power like this, what choice do we have but vigilance? 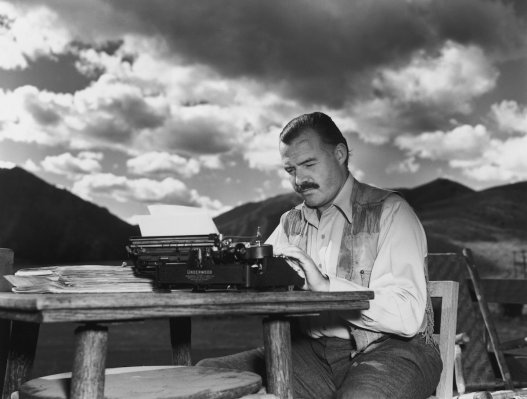