While the attention inside the U.S. on the proposed Iran nuclear deal has been on its weapons capability, there is another story. As part of the deal, Tehran will get relief from international sanctions, which could lead to a resurgence in its economy.

Here are five statistics to understand the winners and losers from an Iranian economic revival.

Isolation from the international banking system and the loss of oil revenues have cost Iran’s currency, the rial, two-thirds of its value against the dollar since sanctions were tightened in 2011. Inflation climbed north of 40 percent. Prices of basic foods and fuel, in particular, have soared. It’s estimated that the most recent round of sanctions has dragged down Iran’s GDP by 20 percent and contributed to an unemployment rate of 10.3 percent.

Iran will now become the largest country to rejoin the global marketplace since the breakup of the Soviet Union. By some estimates, Iran’s economy will grow by an additional two percentage points, to more than 5 percent GDP growth, within a year. After an additional 18 months, GDP growth could reach 8 percent.

Scaling back sanctions will also help Iran keep its best and brightest at home. From 2009 to 2013, more than 300,000 Iranians left the country in search of better opportunities abroad. Today, 25 percent of Iranians with a post-graduate education live in developed OECD countries outside Iran. This is, by some estimates, the highest rate of “brain drain” in the world. According to the World Bank, the Iranian economy loses out on $50 billion annually as talent looks elsewhere for work. Removal of sanctions will persuade some educated Iranians to take their chances at home.

Iran has the fourth largest proven crude oil reserves in the world, estimated at 157.8 billion barrels. That’s enough to supply China for 40 years. Iran already produces 2.8 million barrels per day. The International Energy Association forecasts that an end to sanctions will allow Iran to ramp up production by an additional 600,000 to 800,000 barrels per day within months, roughly 4 percent of global output. The re-entry of Iranian oil to the global market could lower 2016 forecasts for world crude oil prices by $5-$15 per barrel. That’s good news for oil consumers but bad news for Saudi Arabia, which stands to lose significant market share in years to come as both Iran and Iraq increase production and exports.

As Iran reenters the global economy, its consumer market of 78.5 million people—the second largest population in the Middle East after Egypt—will attract plenty of international interest. Turkey, the United Arab Emirates, and Oman will reap the first obvious gains from trade with and investment in Iran. Also in line to benefit are international oil companies. Tehran is already in the process of securing about $100 billion in new energy deals with Western firms. Iran needs all the help it can get—its run-down energy sector requires some $200 billion in investment for much-needed upgrades.

Other sectors will benefit, as well. In 2014, select U.S. healthcare companies received authorization to do business in Iran for humanitarian purposes, but the latest tightening of sanctions cut their exports to the country by 50 percent. In addition, Iran’s transportation minister has announced that the country will need to replace as many as 400 commercial aircraft over the next 10 years; that’s at least $20 billion in potential revenue for foreign aviation companies like Airbus and Boeing.

China, Russia, and France are also likely to benefit from Iran’s revival. All are well-placed to do more business in Iran. And all will gain as the increasingly anxious Saudis look to diversify away from deep dependence on the United States for defense supplies and markets for Saudi oil exports.

Critics of the deal insist that more money for Iran means more problems for the Middle East. Sunni Saudi Arabia and Shia Iran are already fighting via proxies in Iraq, Syria, and Yemen, but Iranian and Saudi military spending have not been comparable. According to the Stockholm International Peace Research Institute, the Saudi government spent more than $80 billion on defense in 2014. The U.S. Congressional Research Service has reported that Iran spent just $15 billion. As sanctions relief injects more money into the Iranian economy, this rivalry will intensify. Even under sanctions, Iran continued to fund Hezbollah operations in the region, which analysts believe cost Tehran between $60 million and $200 million a year. Tehran also found ways to funnel $1 billion to $2 billion a month to prop up the Assad regime in Syria.

Finally, the United States could benefit indirectly from Iran’s windfall if Tehran decides to spend more to help Iraqi Shia militia groups fight ISIS. From the Obama administration’s point of view, better that Iran does more so that Americans don’t have to. 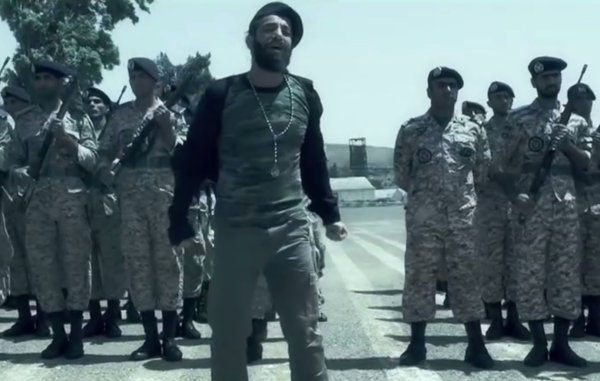 This Is the Surprising Way the Iranian Military Responded to the Nuclear Deal
Next Up: Editor's Pick