Addressing employees at San Francisco tech-start Thumbtack, Bush was asked by an employee what attribute of Obama’s he would seek to emulate as president.

“If I could speak like Barack Obama,” the wonkish Bush replied with a smile, recognizing that delivering prepared speeches is far from his strong suit. “If I could light up a room like he does.”

“You know, charisma is not a bad thing,” he continued. “It’s a pretty effective tool to be able to take a message to a broader audience, and he is gifted beyond belief in that regard.”

Bush went on to say that on substantive policy matters he and the president disagree, but that he believes that Obama is trying to do the right thing.

“I don’t ascribe bad motives,” Bush said. “I think his heart’s in the right place, I just think his policies are wrong.”

Read next: The New Republican Power Players in 2016: Wives (And One Husband) 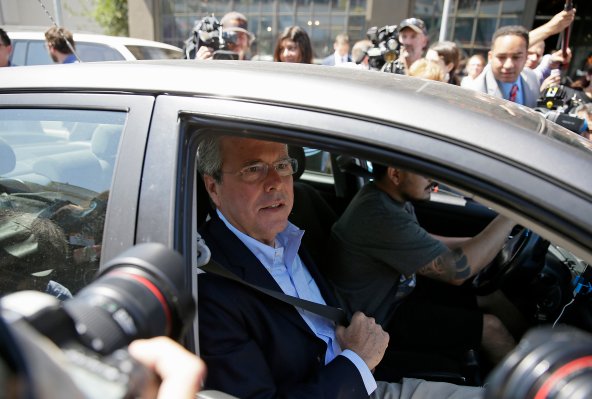