A chunk of space debris traveling more than eight miles per second forced three crew members aboard the International Space Station to seek emergency shelter on Thursday. NASA said the debris was a fragment from an old Russian weather satellite.

For almost an hour, American astronaut Scott Kelly and Russian cosmonauts Mikhail Kornienko and Gennady Padalka were instructed to stay inside the Soyuz capsule, which is docked to the International Space Station. This is only the fourth time in the 15-year life of the space station that it has had to implement this procedure, NASA said.

Video aboard the station showed Kelly, Kornienko and Padalka moving throughout the station to close hatches.

Normally, NASA learns about incoming debris with more lead time. When it has more warning, jets on the station fire to maneuver the football-field sized structure out of the way. The ISS has been moved twice for debris since Scott Kelly came aboard in late March. But on Thursday, the crew only had 90 minutes notice. Another hour-and-a-half later, the crew received the all-clear and went back to work.

NASA estimates there may be as many as half-a-million pieces of debris that could pose a threat to spacecraft like the International Space Station, which orbits at a speed of about 17,500 mph, or four miles per second.

The debris that crossed the space station was estimated to be traveling about twice that speed.

Next week, three more crew members are scheduled to launch from Kazakhstan to join those on board.

Kelly and Kornienko are 110 days into a yearlong mission aboard the space station. It’s being covered by time in a multi-part TIME series, “A Year in Space,” which premiered last week. Click here to watch the series, or watch Episode 1, “Leaving Home,” below.

Read next: See the First Close-Up Photo of Mars Ever Taken 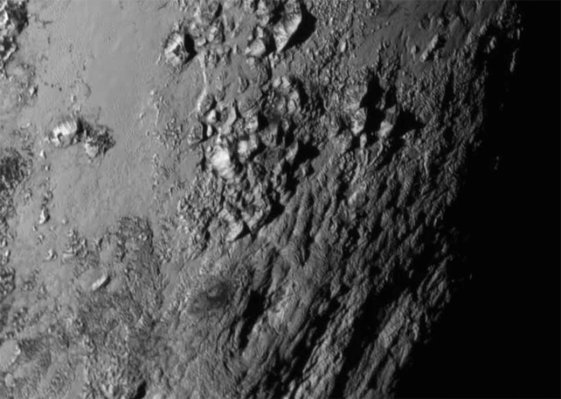