Puerto Rico, the island where I serve as Archbishop of San Juan, is $72 billion in debt. That $72 billion represents about $20,000 of debt for every man, woman, and child on our island. Governor Alejandro García Padilla announced last month that the island cannot pay its debts, and that a solution is needed. Many bad scenarios now loom, including default.

The victims of this crisis are not any government—they are my people.

Puerto Rico’s debt comes from a combination of mismanagement, bad luck, and its unique colonial status as neither a sovereign country nor a U.S. state. In recent years, Puerto Rico’s debt has become a death spiral. Debt payments prevent the island from providing critical services to its people, so many Puerto Ricans who can afford a plane ticket leave the island for the U.S. mainland in search of a better life. Their absence means less tax revenue for a government that already struggles to collect taxes. Less revenue means more loans and more debt.

The consequences are tragic. About 80% of children in Puerto Rico live in high-poverty areas, compared to about 11% of children in the U.S. The island’s poverty rate is about 44%, and unemployment is almost 13%. Already the island is feeling the impact of austerity—last fall, the Department of Health cancelled emergency helicopter service due to lack of funds. Debt is bringing death and increased hardship to our people.

Options typically available to indebted governments are not available to ours. That’s because Puerto Rico can’t receive low-interest loans or emergency financing from the International Monetary Fund like the island of Grenada did. And because Puerto Rico is not a U.S. state or city, we aren’t eligible for U.S. bankruptcy protection, like Detroit was.

The Catholic Church has a long tradition of connecting the dots between debt and poverty, between complex global economic structures and our most basic religious teachings about human dignity. His Holiness Pope Francis continually reminds us that bad policies about debt and taxes hurt the most vulnerable.

The Bible itself provides us with a concept that seems perfect for the situation our island finds itself in now: the Jubilee. The book of Leviticus introduces us to the Jubilee year, which occurs every 50 years and involves debt forgiveness and liberation for the slaves and oppressed. The Jubilee is meant to prevent the poor from becoming too poor and serve as an economic clean slate that mirrors the forgiveness and new beginning proclaimed in the gospels.

The Catholic Church’s Jubilee movement for debt relief is an inter-faith effort that has won more than $115 billion for debt relief for the poor around the globe. I applaud the Jubilee USA Network, which is fighting for debt forgiveness for Puerto Rico and working to bring about a global Jubilee—debt relief in times of crisis, but also long-term structures that prevent the next crisis. Now is the time for a Jubilee for Puerto Rico.

But the U.S. Congress also has a role to play. Our non-voting member of Congress, Pedro Pierluisi, introduced legislation in the U.S. House to allow Puerto Rican entities to declare bankruptcy. Now Senators Chuck Schumer and Richard Blumenthal have introduced a similar measure in the Senate. Although not a perfect solution, bankruptcy protection would provide a more fair, transparent system for resolving Puerto Rico’s debt burden and creating the fiscal space we need to grow our economy and serve our people. The issue is now gaining traction in the U.S. presidential race as well. Jeb Bush and Hillary Clinton both called for bankruptcy protection for Puerto Rico. Congress should pass this legislation immediately.

Puerto Rico is not alone in its suffering from debt. Our brothers and sisters in the Caribbean are facing high debt burdens and poverty rates made worse by increasingly frequent storms. Farther south, Argentina continues its standoff with hedge funds that pushed it into default as part of a messy debt dispute. We’ve even seen debt and austerity push a third of Greece’s population below the poverty line. It’s important that we establish an international bankruptcy system to protect both borrowers and lenders and make our global financial system more stable and secure. Such stability benefits the poorest and most vulnerable.

I just returned to Puerto Rico from Bolivia where, at the invitation of the Bolivian Bishops, I joined them in welcoming Pope Francis to their country. The pope called for “economics at the service of man.” My prayer is that Puerto Rico could be a model for the Holy Father’s vision. 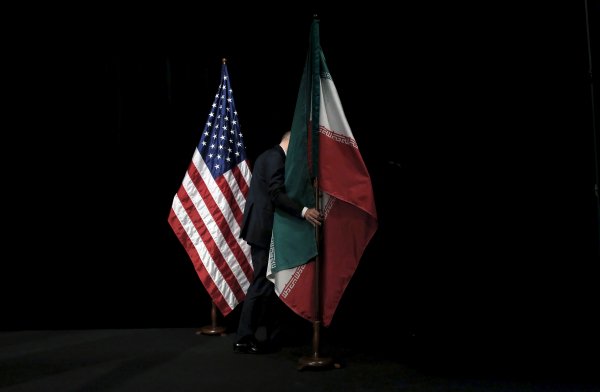 Gulf States Are Right to Fear Iran Deal
Next Up: Editor's Pick