How Companies Can Hire More Veterans

Ideas
By Justin Constantine
Justin Constantine is a leadership consultant, entrepreneur, Fellow with the Truman National Security Project, a Presidential Leadership Scholar, White House Champion of Change and the author of My Battlefield, Your Office

Amazon, Starbucks, and Wal-Mart have all made commitments to employ more veterans as part of a recent hiring trend among businesses. They, and many other companies, recognize that our veterans bring not only incredible leadership experience and a sense of mission to the workplace, but they also value teamwork and feel comfortable taking the initiative in stressful circumstances. Yet there’s a difference between pledging to hire a specific number of veterans and going about the actual process of hiring them.

Hiring managers often don’t understand the experiences that veterans may reference in their resumes and cover letters. Through my work with the Hiring Our Heroes program at the U.S. Chamber of Commerce Foundation, which is recruiting big businesses to pledge to hire veterans, I have come away with some simple rules that will help employers looking to add veterans to their workforce.

1. Take the time to learn more about the military. Understanding the differences between, say, the Army and the Air Force can help you feel more confident during the interview process. It will make the interview process less stilted, allowing you to better judge potential applicants. An easy resource to assist with this is the Employer Roadmap, which provides tutorials on veteran interviewing and other topics related to the hiring process.

2. Talk about any personal connections. If you have any military experience, or you have a family member who does, make sure to mention that. It’s a good icebreaker and an excellent way to make the jobseeker feel more comfortable.

3. Put yourself in their combat boots. During my 16 years in the U.S. Marine Corps, I did not have a single job interview. The same will be true for almost every other veteran you interview. While non-military job applicants have had plenty of practice over the years, veterans are likely to be much more nervous. Having some questions to draw them out will help make the interview much better on both sides.

So, now that you have “prepped the battlefield” as we say in the military, below are some good questions that can help you make a more informed decision.

What are some of the military values you learned that you think will be beneficial at our company?

This gives jobseekers an opportunity to talk about something they know a lot about: the culture and values of the place they just spent the last four to 30 years of their lives. Their answers will also give you a sense of which military values they respect the most, which should help you find out if they’ll be a good fit for your corporate culture.

What did you do in the military on a day-to-day basis? What were some of your responsibilities? Did you receive any special commendations?

Here’s a quick tip on military culture: We’re trained to be blunt and economical with our words. We’re also taught not to brag. If you ask a member of the military what their job title was, the answer may begin and end with “truck driver.” But if you ask some follow-up questions, you may find that the applicant was in charge of maintenance of a fleet of vehicles worth more than $400,000, led four Marines on a daily basis, earned an award for six months of exemplary duty and, incidentally, engaged directly with enemy forces on three occasions.

Can you describe a situation in which a battle plan did not survive contact with the enemy?

It’s a truism that military operations rarely go exactly as planned. That’s where training comes in, allowing officers and troops in the field to work together to come up with an improvised plan to carry out the mission’s goals. This may be the single greatest experience any job applicant can have, with skills and thinking that can help your company as it improvises its way through an ever-changing marketplace. You will learn a lot about a military applicant from their response to this question, and it’s likely to be more gripping than the usual answers jobseekers give about that time the PowerPoint presentation was accidentally deleted just before a big meeting.

What was your biggest accomplishment in the military?

It’s a well-worn cliché for a hiring manager to ask a jobseeker about a low point in their career or to describe a decision they made that went poorly. But when you’re talking to a veteran, you should avoid this question. Chances are, that failure involves a friend or colleague being severely injured or even dying, and there may be little the veteran did that was incorrect. Instead, ask them about a time something went well.

Can you talk about a time when you were involved with planning and executing a mission? What role did you play?

Mission planning is a central part of the military. Even the most junior service members leave the military with leadership experience unparalleled by their civilian counterparts. The situations they describe may not be directly comparable to your industry, but the strategic thinking and logic that they used to address them may be worthwhile. So much of the military experience translates directly to the private sector—you just have to know what to ask. 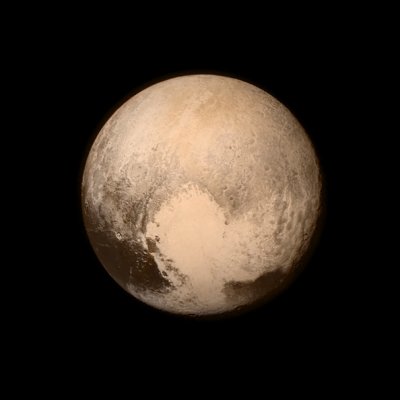 This Is What Pluto and the Universe May Sound Like
Next Up: Editor's Pick