When Khrushchev Said No to Pepsi but Yes to Peace

Nikita Khrushchev was not impressed by the color television. He took what TIME described as a “skeptical sip” of Pepsi. And when he and then-Vice President Richard Nixon made their way into the “sleek, gadget-stocked” kitchen of a model American ranch house, the Soviet Premier’s irritation came to a head.

“ You Americans think that the Russian people will be astonished to see these things,” he said. “The fact is that all our new houses have this kind of equipment.”

“We do not claim to astonish the Russian people,” Nixon retorted. “We hope to show our diversity and our right to choose. We do not want to have decisions made at the top by one government official that all houses should be built the same way.”

On this day, July 24, in 1959, while Nixon was in Moscow for the opening of the U.S. National Exhibition, he and Khrushchev bickered about communism and capitalism, arms and ultimatums, hypertension and détente — everything, in short, except the kitchen sink, although they did discuss the merits of washing machines.

The exchange, which was videotaped and later broadcast in both the U.S. and the U.S.S.R., became known as the “kitchen debate,” and it brought Nixon a reputation as a diplomatic master, capable of disarming Khrushchev’s bluster without ever backing down. As TIME reported:

While the hour-long conversation was tense at moments — as when Khrushchev told Nixon, “You know nothing about Communism except fear” — it led to “laughs, finger-shakings, and more argument” later in the day, according to the New York Times.

And while Khrushchev expressed disdain for the technological wonders of the American model home — “Don’t you have a machine that puts food in your mouth and pushes it down?” he asked “with heavy sarcasm,” per TIME — the pair agreed, importantly, on one thing.

Standing in an American kitchen in Communism’s capital city at the height of the Cold War, Khrushchev declared, “We want peace with all other nations, especially America.”

As they left the kitchen, Nixon put an arm on Khrushchev’s soldier and said, “I’m afraid I haven’t been a good host.” According to TIME:

Read more from 1959, here in the TIME archives: Foreign Relations: Better to See Once 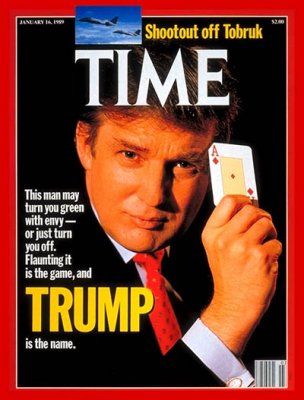