News today that TLC has cancelled the Duggar family’s reality series 19 Kids and Counting provides the effective end to a media story that had captivated Duggar fans and detractors alike. It also wraps up what had been the network’s worst news cycle ever, which—given their past travails—is no small thing. Their decision to pull the plug on the show, and to get the news out right before the entertainment media turns its attention to the Emmy nominations, is about as plain an acknowledgment as one could get that the situation had become untenable.

The family’s admission that Joshua Duggar had sexually molested his sisters in the past operated at cross-purposes with their image, created by TLC, as a tightly-knit group wherein father knew best; an interview with Megyn Kelly on Fox News only served to raise new questions about the parents’ judgment and their apparent inability to put meaningful boundaries between Joshua and his sisters. That interview seemed, effectively, to put an end to the era in which the Duggars could provide light family entertainment.

TLC, a network that broadcasts reality-TV dispatches from the extremities of the American experience, has a recent history of seeing its experimentation blow up in its face. Jon & Kate Plus 8, a show about the pressures faced by a couple raising an octet of tots, ended up documenting their acrimonious breakup. Here Comes Honey Boo Boo, meant to showcase the love shared among a family who’d sought fame on the child-pageant circuit, ended up cancelled, too, the result of troubling child-molestation allegations. While the Gosselin divorce, on Jon & Kate, was likely exacerbated by fame, the Honey Boo Boo and Duggar crises TLC has weathered may indicate some fundamental lack of due diligence on the network’s part.

The network is doing its best to move forward, announcing an inevitable decision a significant amount of time after public interest had moved on. A cancellation at the height of the public attention around the Duggars might have appeared like a lack of support, or an admission of some small share of culpability. A potential TV special about “a commercial-free one-hour special on child abuse in the fall” will do some work towards rehabilitating the TLC’s reputation, but you could make the argument that a network more deeply concerned with raising awareness of child abuse might have cancelled the series in the immediate wake of the family’s admission that the allegations against Joshua were true. Instead, they’ve chosen a strategy that allows them to save as much face as possible, while moving relentlessly forward in search of their next big hit. 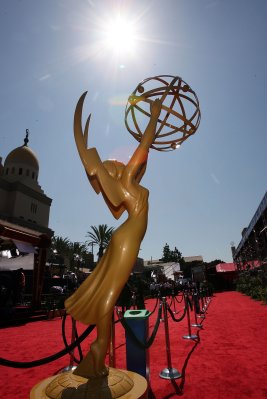 Watch the 2015 Emmy Nominations Live
Next Up: Editor's Pick