19 Kids and Counting Canceled by TLC

TLC is officially canceling 19 Kids and Counting following revelations that Josh Duggar, one of the 19 Duggar children featured on the show, molested his sisters when he was a teenager.

The Associated Press reported the news Thursday morning, nearly two months after TLC first pulled all episodes of the show off the air as the molestation allegations emerged.

“We are deeply saddened and troubled by this heartbreaking situation, and our thoughts and prayers are with the family and victims at this difficult time,” reads a statement on the show’s website from May, when the show was initially taken off the air.

TLC said in a statement on Thursday that after canceling the show, the network will move forward on a one-hour documentary to highlight victims of child sexual abuse, including Jill and Jessa Duggar.

“The recent attention around the Duggars has sparked a critical and important conversation about child protection,” the statement reads. “Unfortunately, child sexual abuse is not an isolated issue; it affects many children and families around the world. To that end, we are partnering with [the organizations RAINN and Darkness to Light] on a multi-platform campaign to raise awareness and educate parents and families about the issue.”

TLC says the documentary is due to air later this summer.

The Duggar family also released a statement Thursday, saying, “It is our prayer that the painful situation our family went through many years ago can point people toward faith in God and help others who also have lived through similar dark situations to find help, hope and healing, as well.”

It first emerged publicly in May that Josh Duggar, a brother in the large family at the center of the reality show, had molested two of his sisters when they were all children. “I would do anything to go back to those teen years and take different actions,” Josh Duggar has said. 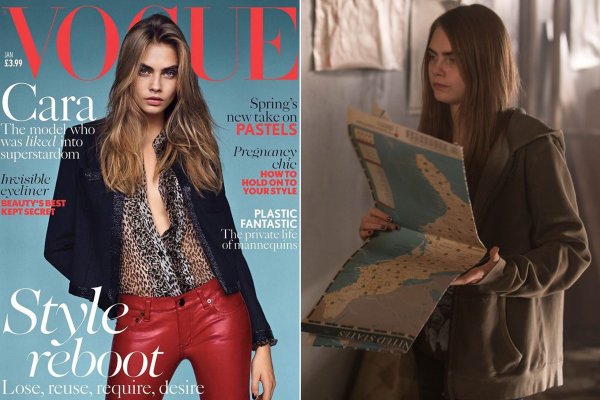 11 Models Who Became Actors
Next Up: Editor's Pick