This Is How Much Sales Rose For Amazon On Prime Day

Despite the negative reaction on social media to Amazon’s offerings during the first-ever Prime Day Wednesday to celebrate the retailer’s 20th anniversary, sales apparently soared.

In fact, sales were up 80% in the U.S. and 40% in Europe, according to ChannelAdvisor and CNN Money.

Amazon even boasted that sales yesterday surpassed last year’s Black Friday, although it’s unclear exactly what figure Jeff Bezos’ company scored. It did, however, discuss the number of a few items sold throughout the day: “Prime members have bought tens of thousands of Fire TV Sticks, 35,000 Lord of the Rings Blu-Ray sets, 28,000 Rubbermaid sets, and 4,000 Echos in 15 minutes. The Kate Spade purse was gone in less than a minute. The 1.2K of $999 TVs sold out in less than 10 minutes,” the company said in a statement.

However, Amazon earned a fair amount of criticism for its “Lightning Deals” and the products it chose to discount, CNN reported: “We have years of experience with these types of events and we stagger the deals to make sure the fun will last through tonight,” the company shot back in a statement.

On Wednesday, Amazon announced the upcoming release of its first-ever original film, which will be directed by Spike Lee. 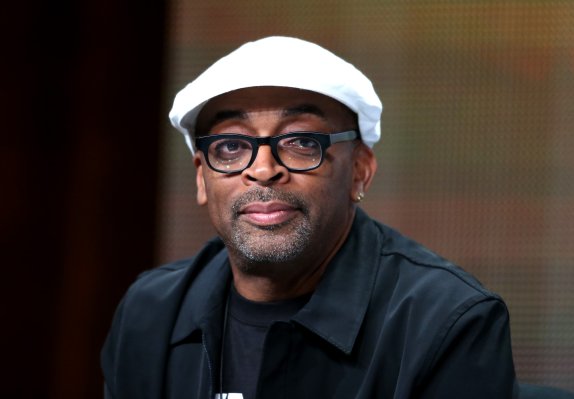 Amazon Is Working With Spike Lee For its First Original Movie
Next Up: Editor's Pick