Even more than most awards ceremonies, the ESPY Awards have no real reason to exist. If there’s one professional class where performance is directly tied to receiving awards, it’s athletes. Stephen Curry already has won an NBA Championship as a direct result of his performance on the court, so it’s hard to imagine that the ESPY he won last night means that much.

And yet Caitlyn Jenner’s speech after winning a special award at the ceremony Wednesday night showed just what mass entertainment can do, and can bring, even to an unexpected audience. Watching sports is the most popular leisure pastimes in America, and yet the lessons sports media puts forward are usually intangibles so vague as to lack meaning: Grit, perseverance, inner strength. Jenner’s speech, by contrast, cut the pieties and ranged broadly over Jenner’s own life experiences, and made specific reference to work that needs to be done. It was eloquent, and an object lesson in the sort of bravery that’s the best of sports.

The Jenner news cycle has moved remarkably quickly since Jenner’s interview with Diane Sawyer this spring; so much press has swirled around Jenner, who’s also capitalized on opportunities to make her own reality show, that there have naturally been questions about Jenner’s motivations. Is this, in whole or in part, meant as a way to get press attention and cash? The speech, with its calls to action around the specific deaths of various trans people and the epidemic of bullying in schools, made clear that Jenner has sought the spotlight in order to promote an expansive platform of ideas around inclusion and tolerance. It’s not about her.

That principle of self-sacrifice for a greater goal is, indeed, the mentality of any championship-caliber athlete. There had been a weird tone around Jenner’s winning the ESPY Award, with sportscaster Bob Costas saying the award represented “crass exploitation” of Jenner’s celebrity status rather than the true meaning of sports, and false equivalencies drawn across the internet between Jenner’s bravery and that of military veterans. But the ESPY Award, on its own, is basically meaningless, a prize given so as to have a ratings-magnet TV show; it means nothing more than the way its recipient uses it. Jenner came into the ESPYs with a strategy to bring attention to the work others are already doing and the work many more need to join; it was executed with panache, skill, and not a little courage. It was a rebuttal to anyone who doubted she was still the same person who’d captivated America as the “world’s greatest athlete.” 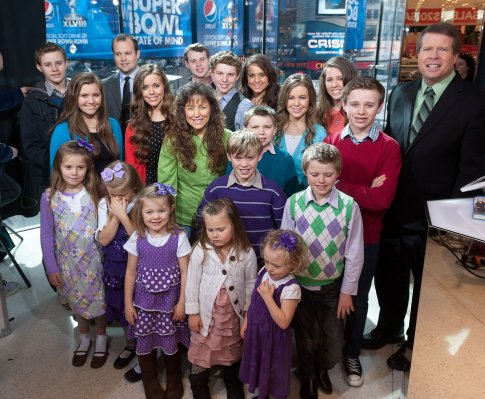 19 Kids and Counting Canceled by TLC
Next Up: Editor's Pick