The Nokia Oyj Lumia Icon smartphone displaying the Cortana application on screen is held for a photograph at the Microsoft Developers Build Conference in San Francisco on April 2, 2014.
David Paul Morris—Bloomberg/via Getty Images
By Dan Kedmey

When Microsoft releases Windows 10 to the world on July 29, it will introduce millions of people to Cortana, its chatty, voice-activated digital assistant. But not every Windows 10 user will get to know the same Cortana: She will alter her behavior, ever so slightly, according to a user’s home country, Microsoft tells TIME. Cortana will tiptoe around points of national pride in Italy and lob wry barbs in the United Kingdom. She’ll introduce herself with a bow in Japan and present herself as an emoji-based alter-ego with darting eyes in China.

Microsoft’s Cortana team says the goal is to strike up a chatty, inoffensive rapport with users, in the hope that users will reward Cortana with their trust and open the kimono on their personal data. That data is critical to Cortana’s success, because if Microsoft wants to outwit the brainiest digital assistants on the market — Apple’s Siri and Google Now — Cortana will first need to take a good, hard look at your browser history, your emails and your web searches. With your permission, of course.

“We’re trying to forge a relationship that’s built on trust,” says Marcus Ash, Microsoft’s group program manager for Cortana. “Millions of years of evolution tell us that that relationship means personification. If you don’t put a face on it and make it emotional to people, it’s just hard to believe that people will tell us information that will make Cortana really great for them.”

To that end, Microsoft has recruited a global staff of ethnographers, voice actors and even playwrights to make a veritable United Nations of Cortanas. In a sign of how much cultural fluency matters to Microsoft, Cortana will initially launch in only seven nations where she has mastered the local etiquette — the U.S., U.K., China, France, Italy, Germany and Spain. The rest of the world will have to wait for Cortana to finish her cultural sensitivity training in a nation by nation rollout that will continue to the end of next year. So don’t hold your breath for a Burundian Cortana any time soon.

Of course, not all of Cortana’s attributes divide along national boundaries. Microsoft intensively surveyed users on their ideal personal assistant, and a few qualities emerged as universally desirable. Respondents worldwide preferred a female to a male assistant, ideally in her 20’s, 30’s tops — not one surveyed population expressed enthusiasm for a middle-aged assistant. She should be professional, but not a stiff, solicitous, but not a pest, cheeky, not biting. At one point, the Cortana team considered tapping a staff writer from The Late Show With David Letterman, but decided a whip-smart joke machine might alienate some users.

In short, she has to be just so. Think James Bond’s Moneypenny, incidentally the reported code name of Facebook’s virtual assistant project.

Probe a little deeper into these preferences, however, and national fissures start to emerge. Take, for instance, the universal demand for humor. Americans expressed a distaste for slapstick, Germans have a penchant for the absurd and the Japanese responded to wordplay. Brits, in what will come as no surprise to anyone who has watched a BBC sitcom, couldn’t get enough of self-deprecation, and Cortana aims to please. “Dryness and irony really appear subtly there,” says Susan Hendrich, a principal program manager who is spearheading Cortana’s cultural training.

It takes upwards of 11 months to get Cortana’s voice just right for each nation, time spent auditioning actors, writing scripts and recording local idioms. Spaniards expressed a preference for a husky female voice, while the English preferred a more chipper, sing-songy assistant. Chinese users posed a puzzle for Hendrich. “They wanted a voice that sounded as if it was smiling,” she said. “I can listen to Chinese voices and have no idea what they’re saying and know when these attributes come out.” See for yourself if you can hear the difference:

Q: Cortana, give me a Spring festival couplet.
A: Wish you a happy family, wish you a shining spring

Q: Tell me something interesting.
A: Fancy a cuppa? Every day in the UK over 165 million cups of tea are brewed.

Cultural fluency is just Cortana’s entry point. Over time, she’ll engage users in deeper conversations about their personal tastes. Machine learning algorithms will track users’ activity across the web, observing if they have a thing for sushi restaurants, for instance, and notifying them if she detects a pattern in their behavior. This is the critical juncture in the relationship, when Cortana can either “delight,” as the team likes to say, or weird a user out. One misstep, and a user may choke off her machine learning algorithms. After all, Microsoft has given users access to Cortana’s “notebook” where everything she tracks and learns is on display. A flip of the switch can wipe her memory bank clean.

Personality can go a long way toward maintaining a positive relationship between man and machine. “People are generally more forgiving toward a system that has personality attributes than one that doesn’t,” says Ash. And to ensure Cortana doesn’t overstep personal boundaries, Microsoft has engineered her to “forget” uncannily precise details, just as a human assistant would. “I personally love Molly Moo’s ice cream,” says Hendrichs, “but a personal assistant wouldn’t observe the exact time and date I went to Molly Moo’s.”

And if Cortana can skirt the line between intimacy and invasion, Microsoft expects her artificial intelligence to pay dividends to both its users and its shareholders. As Ash says: “The idea of this unbounded, ‘I know so much about you I can help you in ways you don’t quite expect, I can see patterns that you can’t see.’ That’s the magic.” 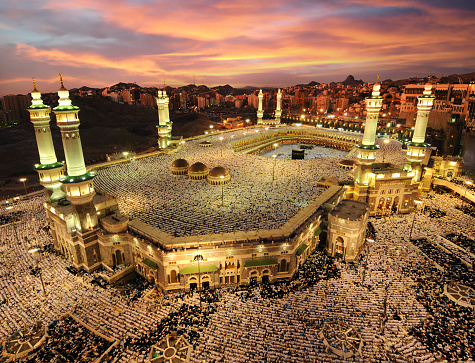