There is Some Real Science Behind the New Ant-Man Film

There is some science behind shrinking a man to the size of an ant, according to quantum physicist, Dr Spiros Michalakis, who was the scientific advisor to the latest Marvel superhero film, Ant-Man.

Michalakis, who works at the California Institute of Technology, says the idea comes from the field of quantum physics where there is the potential to create smaller atoms.

“Even though the original writing by Stan Lee and his co-author meant to take this … less scientifically seriously. The true science does involve some quantum physics,” Michalakis told the BBC on Thursday.

Michalakis explained why, unlike human beings, ants are able to carry things 50 times their own body weight. He attributed it to Galileo’s square-cube law, which states that if you decrease the size of an object, the volume decreases but the objects density or strength would decrease a lot less. “So relative to your new size you would be much more powerful,” said the scientist.

But unlike what the film portrays, a shrunken human would not have superhuman strength.

“We would be as strong as we are now but the size of an ant,” says Michalakis, “which would be really, really strong but not much stronger than … normal sized human beings.”

The film opens in theatres July 17. 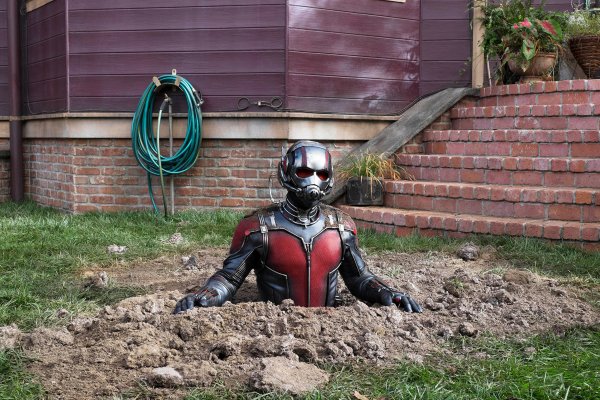 Review: Ant-Man Is a Good Thing in a Small Package
Next Up: Editor's Pick