“Are you tired of systemic prejudice?” a new television commercial asks. The ad offers a solution: White Squad, a “professional white-advantage service.” If you’re, say, a black American, or an American of Arabic descent, and need to hail a cab, or appear in front of a judge, or get through airport security without a lengthy pat-down by a suspicious TSA agent, the company will send a preppy, peppy white representative to stand in as your proxy. After all, white people enjoy a systemic benefit of the doubt that allows them to pass through life relatively hassle-free. It’s called white privilege, and White Squad is here to help even the playing field.

The commercial is a work of satire, as you may have suspected.

A year ago, MTV launched “Look Different,” an online and on-air campaign to expose, elucidate and eradicate the insidious prejudices that can escape the glow of the radar when there are more glaring examples of bigotry at hand. The campaign loaded the faux advertisement to YouTube on Wednesday evening. The con goes deep — there’s an accompanying website, which is meticulously well-done — but click around a bit and you’ll find yourself at a portal page to the Look Different site, which offers a series of essays, data sets, and interactive features to explain the realities compelling the satire.

The video’s thesis echoes the point Louis C.K. was trying to make in that one tongue-in-cheek bit from “Chewed Up,” the 2008 standup special that propelled him to stardom. “I’m not saying white people are better,” he panned. “I’m saying being white is clearly better. Who could even argue with that?” In short, the argument goes, acknowledging the inequities of white privilege is not the same as endorsing them; on the contrary, frankly discussing these imbalances is the first step in diffusing them.

The problem with good satire is that the line between it and reality is often precariously thin. After the video went up on Wednesday night, a number of online commentators grimly noted that their first instinct was that White Squad was a real firm. Many who saw it as a joke took issue with its apparent glibness and levity — “It kind of came off as though it was making fun of the issue,” one person wrote, “as opposed to actually putting it in a way that says this needs to stop.” 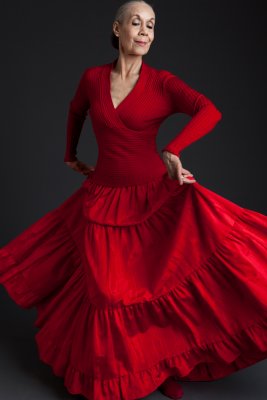 The Dancer Who Made History 64 Years Before Misty Copeland
Next Up: Editor's Pick