What You Really Need to Know About Egg Freezing

Egg freezing has been hailed as a game-changer for women, an “insurance policy” to revitalize waning fertility, a breakthrough as revolutionary as the birth control pill. But how well does it really work?

In this week’s issue of the magazine, we took a deep dive into the promises and pitfalls of egg-freezing. If you’re reading this, you probably already know all the facts about how egg quality and quantity deteriorate with age, which is why some women consider freezing their eggs until they’re ready to use them.

Here are eight key takeaways from six months of reporting on whether procedure lives up to the hype:

1) Egg-freezing is taking off among professional women. Doctors say they’ve seen more interest in the procedure since Apple and Facebook announced last year they’d cover egg-freezing in their employee health plans, and younger women are beginning to ask about how they can preserve their fertility. In 2009, only about 500 women froze their eggs—in 2013, almost 5,000 did, according to data obtained from the Society for Assisted Reproductive Technology (SART.) Fertility marketer EggBanxx estimates that 76,000 women will be freezing their eggs by 2018.

2) While there is no widespread published data on the live birth rate from elective egg-freezing, initial data provided exclusively for TIME by Dr. Kevin Doody, former chairman of the SART Registry, gives us the clearest picture so far. Of the 353 egg-thaw cycles in 2012, only 83 resulted in a live birth. After 414 thaws in 2013, 99 babies were born. Those are the most comprehensive live-birth rates for egg freezing, and they’re just under 24%. (It should be noted that some of these eggs may have been frozen with an older slow-freeze method, which has a much lower success rate.)

3) Elective egg-freezing gained popularity after the American Society for Reproductive Medicine removed the “experimental” label from the procedure in 2012, in part because a new quick-freeze vitrification method radically improved success rates. But in the same document, the ASRM also warned against using egg-freezing to electively delay motherhood, citing lack of data. “Marketing this technology for the purpose of deferring childbearing may give women false hope,” they wrote.

4) That marketing is happening anyway. Fertility companies and specialists are hosting egg-freezing parties and other informational gatherings to encourage women to consider freezing their eggs as an “insurance policy,” and in some cases offer Groupon-style discounts if they commit immediately. One of these fertility companies, EggBanxx, recently merged into a new company, Progyny, that’s privately held and funded in part by Merck Serono Ventures. Merck Serono Ventures is the strategic corporate-venture arm of a biopharmaceutical division of Merck KGaA, which just happens to make three major fertility drugs.

(MORE: You can read the full story here: Buying Time: More women than ever are freezing their eggs to use later– but success rates are lower than you think)

5) Freezing your eggs is expensive. The egg retrieval process can cost $10,000-15,000, and that’s not including storage fees or the cost of fertilization and embryo transfer. And it can be physically grueling as well—patients give themselves daily hormone injections for two weeks before eggs are retrieved from the ovaries. The good news is that the procedure doesn’t take very long—most patients said it was over in about 15 minutes.

6) Nobody knows how many babies have been delivered from a mother’s own frozen eggs. When you ask doctors about success rates, they tend to compare the procedure to IVF (which is done with fresh eggs) or egg donation (which often uses frozen eggs from women in their early 20s). And while anecdotal evidence suggests egg freezing is comparable to IVF because frozen eggs behave like fresh ones, IVF itself is hardly foolproof—even in women under 35, the majority of cycles don’t result in a live birth. But because IVF is such a common procedure, women are often reassured when they hear the comparison.

7) Even young women have a high percentage of eggs with chromosomal abnormalities. And while genetic testing of eggs is technically possible, it’s too expensive to become part of the regular procedure in the U.S.—so genetic testing only happens once a egg has been fertilized and grown into a blastocyst (a pre-embryonic state.) That means women don’t know if their eggs are genetically healthy until they’re thawed and fertilized, which means they could be freezing—and pinning their hopes on—bad eggs. 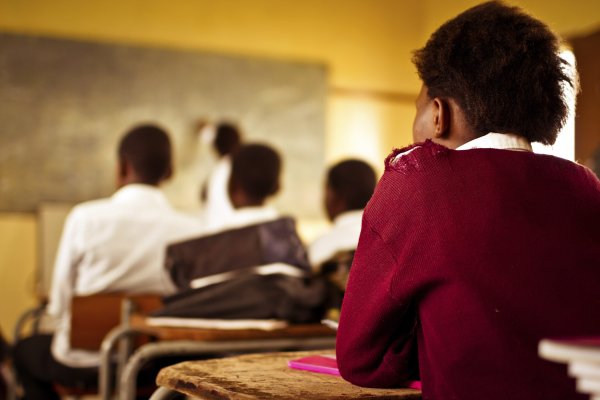 Black Children Still Most Likely to Live in Poverty, Study Says
Next Up: Editor's Pick