A sign hangs in the offices of the Planned Parenthood Federation of America December 7, 2001 in New York City.
Mario Tama—Getty Images
By Justin Worland

A video showing a Planned Parenthood doctor discussing the transfer of fetal tissue from abortions to researchers put the organization on the defensive this week after its release by undercover anti-abortion activists. The activists claim to have caught the organization perpetrating a federal crime by selling human body parts.

While the casual discussion about abortion procedures depicted in the video may upset people on both sides of the issue, donating cells from aborted fetuses for research has been practiced for decades and affirmed by leading medical organizations. Research using fetuses has also led to medical advances, including in Parkinson’s Disease and the development of a Polio vaccine.

Rush University neurosurgery professor Jeffrey Kordower said that he and his fellow researchers faced ethical questions when researching Parkinson’s Disease, but there was “very little discussion” about the ethics of using aborted fetuses.

The American Medical Association (AMA), for instance, separates a woman’s decision to have an abortion from the decision to donate fetal tissue and argues that fetal tissue has the potential to save lives. “Fetal tissue has intrinsic properties…that make it attractive for transplantation research,” the AMA said in a statement in 1991.

The 1991 statement also lays out a set of rules and procedures researchers and donors must follow to remain ethically sound. Among them is a rule prohibiting the sale of fetuses. The undercover video points to a moment in the video when Planned Parenthood Senior Director Deborah Nucatola says that receiving a fetus may cost $30-100 per specimen to allege that the organization violated AMA guidelines and federal law. But, as Planned Parenthood explained in a statement, the organization’s policy allows recipients of fetal donations to reimburse the organization for costs associated with the donations.

“There is no financial benefit for tissue donation for either the patient or for Planned Parenthood,” said spokesperson Eric Ferrero in a statement. “In some instances, actual costs, such as the cost to transport tissue to leading research centers, are reimbursed, which is standard across the medical field.” 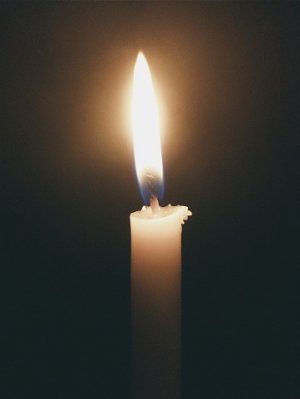 Hair Burning Is Now a Thing
Next Up: Editor's Pick