Former US Governor Jeb Bush arrives for the Economic Council in Berlin on June 9, 2015.
Michael Sohn—AP
By Maya Rhodan

Several Republican presidential candidates blasted Planned Parenthood in the wake of a widely shared video in which officials from the organization discuss how medical practitioners can preserve fetal organs for medical research during abortions.

Activists at the Center for Medical Progress secretly recorded the video, which the group says shows Planned Parenthood officials talking about the sale of fetal body parts.

In a statement, Planned Parenthood officials said that neither the patients nor the organization profits from the donation of fetal tissue. “In some instances, actual costs, such as the cost to transport tissue to leading research centers, are reimbursed, which is standard across the medical field,” the statement reads.

Former Gov. of Florida Jeb Bush, who once called himself “probably the most pro-life governor in modern times,” tweeted that the video is “a shocking and horrific reminder that we must do so much more to foster a culture of life in America,” while Wisconsin Gov. Scott Walker called the video “absolutely horrifying and disgusting.”

In a statement, Texas Sen. Ted Cruz called for an “immediate investigation” into Planned Parenthood in response to the video, which was taken by an undercover activist. Kentucky Sen. Rand Paul of Kentucky circulated a petition to defund Planned Parenthood that included a call for donations to “set the stage for a pro-life President.”

Louisiana Gov. Bobby Jindal directed his state health department to investigate local chapters of the organization in response to the video. And former Texas Gov. Rick Perry called it a “disturbing reminder of the organization’s penchant for profiting off the tragedy of a destroyed human life.” 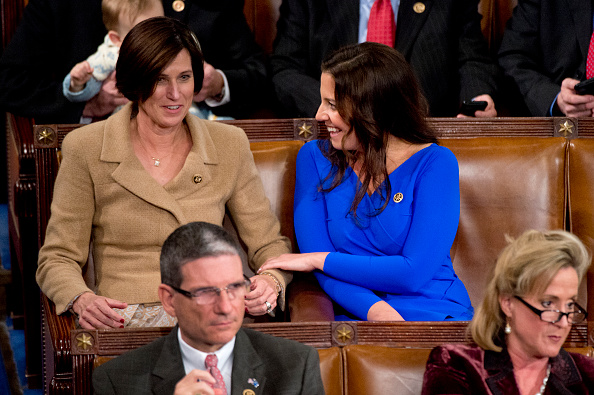 GOP Congresswomen Have Some 2016 Advice
Next Up: Editor's Pick