Who is Ant-Man and Why Is He Getting His Own Movie?

Marvel Studios and parent company Disney are reaching deeper and deeper into their lineup for movie ideas. The latest hero to get called up to the big leagues: Ant-Man. Yes, Ant-Man is kind of a lame name. Even the hero, played by Paul Rudd, admits as much in the film. But despite the iffy big-screen premise — the hero can shrink himself and control insects — the movie has already been getting rave reviews. So here’s everything those who haven’t read the Ant-Man comics need to know about the world’s tiniest crime fighter.

In the comics, Ant-Man is a scientist named Hank Pym and one of the founding members of the Avengers. (N.B. Ant-Man has not appeared in either Avengers film.) When Pym retires, Scott Lang takes over, and he’s the character featured in the film. Lang is played by Rudd, Pym by Michael Douglas.

What are his powers?

Pym and his lab assistant-turned-girlfriend-turned-wife-turned-ex-wife Janet Van Dyne invent “Pym Particles,” which can alter a person’s size and increase their strength in the process. Pym also builds a helmet that lets him communicate with ants and other insects—a more useful skill than you think. In the movie, however, a device that looks similar to a hearing aid is used to communicate with insects, while the helmet is used to protect Ant-Man’s mental stability when he shrinks and enlarges at will.

Yes. Perhaps one of the reasons Ant-Man’s never been the most popular hero — besides that name — is that he turns into kind of a heel. During the 1980s, Pym had a mental breakdown and took on an alter ego called Yellowjacket, who was very aggressive. He did things like abuse Janet Van Dyne, accidentally create Ultron — the bad guy that Tony Stark, a.k.a. Iron Man, mistakenly created in the last Avengers film — and plot against the Avengers.

But that’s not the guy we’re seeing in this movie?

Right. Luckily, Marvel Studios decided to focus on Scott Lang. Lang is a burglar who works for Stark Industries for awhile in the comic books. He later tries to use his Ant-Man powers to save his sick daughter. In the movie, Lang is still a burglar, but has no relation to Stark industries and becomes the Ant-Man to live up to his daughter’s expectations.

Is Janet Van Dyne in the movie?

No, and it’s a plot point about which some fans are pretty upset. In the comics, Janet was a founding member of the Avengers and eventually became the hero Wasp. Her absence is especially irksome considering what an abusive jerk Hank Pym is in some of the comics.

Ant-Man’s suit can change size as he changes size, so it’s pretty special.

Who is the villain?

In the movie, Yellowjacket is now the bad guy alter ego of Darren Cross (Corey Stoll), an industrialist and former protege of Pym. He uses a different, more militaristic version of Ant-Man’s armor (just like Obadiah Stane does with the Iron Man suit in the first Iron Man movie). But even though he can change size, he cannot control insects like Lang can.

How does Ant-Man fit into the rest of the Marvel universe?

Though Ant-Man is a standalone film, Marvel Studios has confirmed that Rudd’s character will join the many other heroes in Captain America: Civil War. There is a possibility that Ant-Man shows up in the next Avengers sequel as well.

Why is Marvel making an Ant-Man movie?

What? You weren’t convinced by his power to control insects?

Marvel Studios likely decided to bring Ant-Man to the big screen because of its comic potential (no pun intended). If there is one thing that distinguishes Marvel’s movies from those made by Warner Bros. and DC, it’s a sense of fun. Zack Snyder’s grim Batman v Superman saga and even the X-Men franchise are often self-serious and dark. Marvel’s Guardians of the Galaxy became the highest grossing film last year thanks to a funny script and the magnetic Chris Pratt, who demonstrated his comic chops in the lead role. Marvel likely saw a similar opportunity to poke fun at itself with the funny Rudd portraying the teeny tiny hero.

Plus, Marvel Studios can’t capitalize on some of Marvel Comics’ most popular characters. Up until this year, Sony owned the rights to Spider-Man. (Sony has now signed a deal with Marvel to make a joint Spider-Man film and allow the character to join Iron Man and Captain America in future films.) And 20th Century Fox owns both the Fantastic Four and X-Men.

Read more: This Map Shows How All the Future Marvel Movies Are Connected 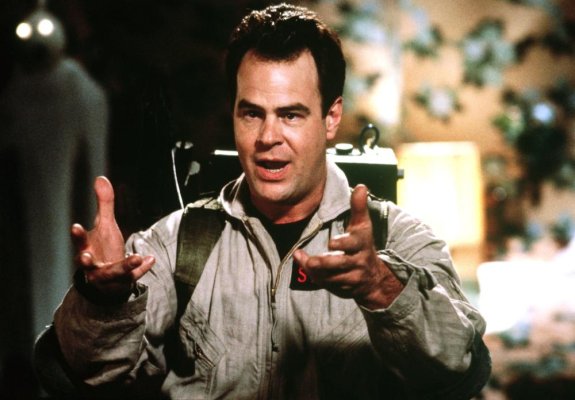 Dan Aykroyd to Appear in Ghostbusters Reboot
Next Up: Editor's Pick