Brigitte Lacombe
Ideas
By Eve Ensler
Ensler is a Tony Award–winning playwright, an activist and the author of The Vagina Monologues; she founded V-Day and One Billion Rising.

No one believed my father was a battering sex abuser. He was handsome, a corporate president. He was successful, charming, a man’s man. He wore tailored suits. He played golf. He drank martinis. He was celebrated at country clubs and knew the first names of head maitre d’s at the fanciest exclusive restaurants. He was arrogant and smug the way Bill Cosby is arrogant and smug. He had an air of superiority and contempt for those who he perceived to be weak or incapable of rising the way he had risen. He set himself up as the chief moral arbiter of right and wrong in the same way that Cosby asserted himself as public moralist on issues of family values and crime. He was righteous, particularly about honesty. He was obsessed with honesty. There were many times when he would beat my head against a wall or whip me with belts for lies he imagined I had told or would one day possibly tell. I never understood why he was so angry. I think I do now. He was raging because he was caught between two competing, demanding personas, one public, one private. He was raging because his whole life was one big seething contaminating lie. A lie that was supported and nurtured by the power that men have over women, adoring and terrified colleagues, and my dependent mother. A lie that got him countless free passes, second chances, and cheeks turned.

Like my father, Bill Cosby was allegedly one thing in public, Dr. Huxtable, and another in the dark or behind closed doors. (Cosby, of course, denies all of the allegations of rape and sexual assault. He’s never been criminally charged for any of these alleged crimes.)

I know something about having two fathers in one. I know something about this agonizing split between the man of moral fervor and the man who sexually and physically decimated my body, the man, who is a model of manners, integrity, and charm and the man of violence, control, and manipulation. I was raised in the center of this psychic chasm. My consciousness was formed in this traumatizing fracture. After years of listening to thousands of women, I know that I am not alone.

I cannot explain why these men did what they did. I’ve given way too many years analyzing their perverse psychology and I’ve exhausted every option. I no longer give a damn. Survivors weave our days making excuses and evolving theories for our perpetrators that steal our lives. In the end they did what they did because they could. They did what they did because their gender, status, wealth, talent, fame, power allowed them access and protection, their inflated sense of self gave them license, their overly enlarged egos endowed them with certain patriarchal rights. And they never feared the ramifications of their violent acts. Even now, after all that has been alleged, Bill Cosby continues to work and acts the victim. No one is taking away his Hollywood star, despite mounting evidence. The President says there is no precedent to revoke his Presidential honor.

I think of my own silence early on, and maybe it was disbelief that stopped my outrage. Or protection of a daddy I desperately needed. Or fear of exclusion, exile, loss. Or the horror and heartbreak of experiencing the death of the hero. My hero. Or making a decision early on that the rare moment of love was worth the nightmares.

I think we have to ask ourselves what have we learned from this. This event with Cosby feels heartbreakingly familiar. Over these last years I’ve found myself compelled to write about the sexual machinations of prominent men. There is a maddening frequency with which the sexual abuse of powerful men is unraveled. How many others are out there? Will we wait another 20 years for countless victims to accumulate? There is something much larger here being revealed about our culture.

It is shocking that Bill Cosby has been able to carry on for so long with the allegations that have been made against him, that his wife and others, the media, the community close to him all felt comfortable standing behind a man who was systematically destroying the lives of women. Have we come to fully accept a world where the elites are untouchables? Are we saying to our young men that as long as you are a rich and famous and successful daddy icon, you too can rape?

Over the last few days I can’t stop thinking about us, about the social structures that surround these men. The world — our world — that not only turns a blind eye to their behavior but in the end becomes complicit in supporting their abhorrent deeds. And there are the economic and social factors that coalesce to make our silence. How could my mother or I, both dependent on my father for money and resources, speak out against his terror? More than forty women have now described their experiences with Bill Cosby, allegedly coaxed into his drug lair early in their careers. How could they speak out and smear and embarrass the moral cuddly king of television, be the slayers of our collective fantasy, and what would that have done to their fledgling careers and lives?

Are we finally willing to do what is necessary to make women safe? I think of the hundreds of brave and broken women I have met — who have come forward with stories of abuse at the hands of men, some powerful and famous. Do we celebrate them? Do we treat them with dignity and respect and kindness? Do we believe them and honor them? No these women are sacked, stigmatized, and exiled, their heads carried on sticks to ensure no woman ever passed that way again.

It is up to everyone to call out the behavior of perpetrators whether they be famous or not. We must, regardless of their status or fame or wealth or talent hold them to the same standards. We must, as a community, break through our own fear and need to sustain and protect our daddy heroes while we sacrifice our women. We must be willing to dispel illusions and look squarely at these perpetrators and denounce their crimes. It cannot be done alone.

We can decide this is the catalytic moment where we finally come out of our collective denial and break our attachment.  Where we stand unequivocally together and say we believe the women who came forward to accuse Cosby of rape. Where we create a climate where all women are safe and protected socially and economically when they tell the truth. This can be moment where we ensure a world where a father is defined by his wholeness, his tenderness, his honoring, and his care — not by his domination, manipulation, and sexual violence. And where women are valued and believed. It’s up to us. 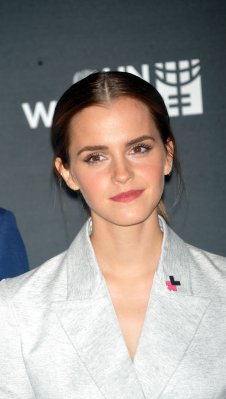 Twitter, Vodafone, and Georgetown University All Commit to Gender Equality
Next Up: Editor's Pick