Twitter just can’t catch a break. Early Tuesday, a fake website parading as Bloomberg posted a story that said the social media site is talks to be acquired for $31 billion, citing anonymous sources.

Twitter’s share price jumped by 8% following the report, peaking at around $38.82. It’s now trading around $37.

The fake website was a near-identical replica of Bloomberg’s site, and even used Bloomberg reporter Stephen Morris’s byline. OpenOutcrier, a Twitter account that bills itself as a destination for “Real-time stock & option trading headlines, breaking news, rumors and strategy” was the first to post about the report, although Bloomberg employees were quick to point out it was fake.

The story was mostly likely picked up because of Twitter’s current challenges. Last month, then-CEO Dick Costolo announced he would step down, to be temporarily replaced by Twitter co-founder and Square founder and CEO Jack Dorsey. Twitter has come under fire for its flat user growth, and acquisition rumors have been simmering for quite some time.

This isn’t the first time Twitter’s stock has been affected by Internet mishaps. On the day of its quarterly earnings on April 28, a data-mining service was able to access a link to the company’s earnings report ahead of its official release, and posted it on Twitter. Twitter’s stock fell 20% subsequently.

It’s still not clear who is behind the fake Bloomberg website. 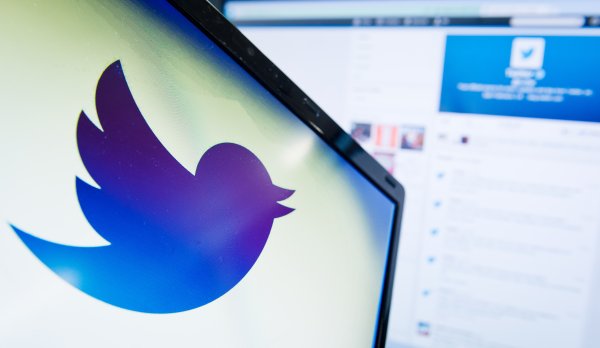