Review: An Extraordinary, Ordinary Girlhood in TLC's I Am Jazz

It’s only coincidence that I Am Jazz (premieres July 15) is coming to TLC shortly after 19 Kids and Counting was forced off the same channel. But it feels like a change of era.

In May, TLC suspended the reality show about the fecund fundamentalist Duggar family–whose matriarch Michelle once warned that transgender people were child predators–after revelations that one of the Duggars’ sons had molested girls, including his sisters, when he was a teen. The network’s newest family-reality series introduces viewers—who didn’t already know her from her YouTube videos, writing, fundraising and activism—to Jazz Jennings, a soccer-loving South Florida 14-year-old who was assigned male at birth but has identified as female since she could speak. (Or, as she puts it in a children’s book she wrote: “I have a girl brain but a boy body. This is called transgender. I was born this way!”)

I Am Jazz may be overshadowed by E!’s I Am Cait (debuting July 26), about Caitlyn Jenner, which had the booster-rocket launch of a primetime Diane Sawyer interview, not to mention the media-bait combo of an Olympian decathlete transitioning amid reality’s royal family on Keeping Up With the Kardashians. (Jazz, at least, had dibs on the title locution; I Am Jazz was also the title of an OWN special on her aired in 2011.) But I Am Jazz may be most radical for how ordinary it is.

It’s not that Jazz’s gender identity is incidental here. The hour-length premiere especially focuses on it; her mother Jeanette remembers two-year-old Jazz asking, “When is the good fairy going to come and change my penis into a vagina?” Her family, including a college-aged sister and twin older brothers, are universally supportive; her grandmother, well-meaning but unsure on the nomenclature, asks at one point if “tranny” is an offensive term. (It is.) And while I Am Jazz is conscious of the trap of obsessing on transgender people’s biology over all else (the first thing most people ask, Jeanette says, is “Has she had the surgery?”), it’s an unavoidable issue for a teen taking hormones to avoid forestall male puberty–and yes, weighing the eventual possibility of what her doctor calls “bottom surgery” (as distinguished from cosmetic surgery above the waist).

But like many of TLC’s family series–Jon and Kate Plus Eight, Our Little Family, Sister Wives—I Am Jazz is about the extraordinary amidst the mundane. This is at heart a show about being a teen in the ‘burbs–changing schools, gossiping with friends, shopping, having trivial family arguments about money and curfews. It all just happens to be heightened: when a group of boys don’t show up for a bowling date with Jazz and her friends, they have to wonder if it’s typical social weirdness or transphobia. Jazz’s parents are protective–when a passer-by calls Jazz a “tranny freak” while the two are eating out, it’s Jazz who has to calm her mother down–but it’s combined with typical parental anxiety about a youngest child growing up.

Jazz is an appealing guide to her own life, confident but with a kid’s awkwardness and dorky sense of humor. She’s remarkably self-possessed for a 14-year-old, likely a product of having grown up in the media. Besides her video series, she cowrote a children’s book and was one of TIME’s Most Influential Teens of 2014. But it’s not until the fifth episode, as Jazz gives a book reading, that the series presents her as “the leader of the trans kids’ movement”–in her coauthor’s words–rather than as she first describes herself in the premiere: “I am a teenage girl.”

Overall I Am Jazz plays less like advocacy and more like the approachable, if stagey, family-reality hybrids cable has made a staple. Reality shows like these, for all their sensationalism or sleight-of-hand, increasingly do what sitcoms like The Cosby Show (also recently fallen to controversy) used to. On the one hand, they offer a sense of possibility to an audience—here, trans kids—that had never seen itself on-screen. On the other, they introduce the rest of the audience to virtual neighbors many of them don’t have in real life, be they transgender, rural and poor (Here Comes Honey Boo Boo), rural and rich (Duck Dynasty), Muslim (All-American Muslim), blended (Kardashians) or devout (19 Kids). Amazon’s Transparent, the best show of 2014, dealt elegantly with gender transition in a family, but Jazz and Cait—as well as ABC Family’s current docuseries Becoming Us—may have a reach beyond that show’s indie-TV audience.

I Am Jazz allows that audience plenty of surrogates beyond the Jenningses, choosing to teach to the curious rather than preach to the converted. In a later episode, Jazz’s twin brothers argue with a friend who believes that being transgender is a “choice”–literally, “I thought when she was born they gave her a choice, do you want to be a boy or do you want to be a girl?”

The show could easily have given him a villain edit. Instead the brothers explain that Jazz identified as a girl from her earliest memories. He feels badly for making the assumption, we move on, and the show is better for giving him, and by extension audience members, the room to make a mistake and grow. I Am Jazz is an engaging story of a teen girl who has transitioned. But it is also the story of everyone else, transitioning. 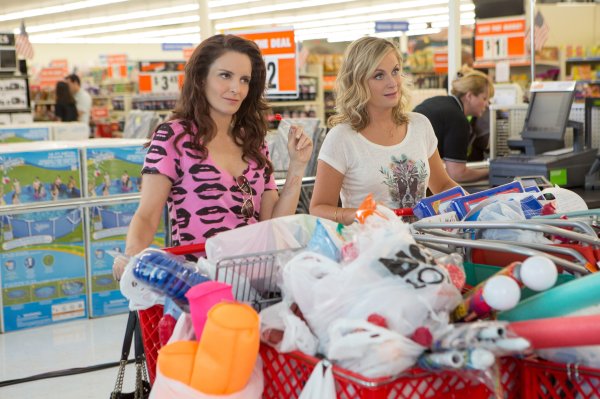 Watch Tina Fey and Amy Poehler Throw a Massive Rager in the Sisters Trailer
Next Up: Editor's Pick