50 Cent on Filing for Bankruptcy: 'When You're Successful...You Become a Target'

After filing for chapter 11 bankruptcy Monday morning, 50 Cent addressed the issue for the first time later that day, calling it a business move to reorganize his finances.

“I’m taking the precautions that any other good businessperson would take in this situation,” the rapper-actor-mogul, real name Curtis Jackson, told E! News at his Southpaw junket. “You know when you’re successful and stuff, you become a target. I don’t wanna be a bullseye. I don’t want anybody to pick me as the guy that they just come to with astronomical claims and go through all that.”

On Friday, a jury ordered 50 Cent to pay $5 million to Lastonia Leviston for leaking a sex tape amidst a beef with Rick Ross, with whom Leviston has a daughter.

The filing comes close to two months after 50 Cent’s boxing promotions company, SMS Promotions, filed for “relief under chapter 11 of the Bankruptcy code.”

He added, “I gotta decent legal team. You don’t have to worry.”

According to court documents, 50 Cent’s “debts are primarily consumer debts.” He reported assets and liabilities ranging from $10-$50 million.

The chapter 11 filing allows him to reorganize his business interests, as opposed to a chapter 7 bankruptcy filing, which would mean liquidation of his assets.

This article originally appeared on Billboard 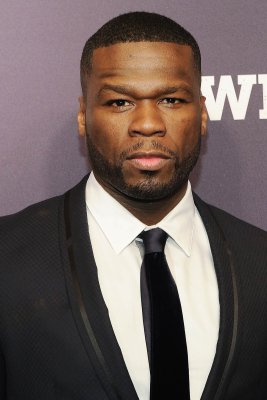 13 Celebrities Who Went Bankrupt
Next Up: Editor's Pick