Shepard Fairey attends the 2015 MOCA Gala at The Geffen Contemporary at MOCA on May 30, 2015 in Los Angeles.
Jason LaVeris—FilmMagic/Getty Images
By Tanya Basu

Shepard Fairey, the street artist behind the iconic Barack Obama “Hope” poster, turned himself in to authorities in Detroit on Tuesday to face felony vandalism charges.

Detroit police had issued an arrest warrant for Fairey in June after he illegally tagged buildings in the city in May, causing more than $9,000 of damage, according to The Detroit Free Press. The artist, known for geometric, graffiti-style murals, was in Detroit this spring to create artwork that was commissioned by the city, but he also reportedly did some unauthorized projects on the side.

Fairey, who is the executive producer of the MTV series “Rebel Music,” was out of the country when the charges initially were mounted but flew to Detroit on Monday evening. He was arraigned Tuesday in Detroit and his bond was set at $75,000.

This is not the first time Fairey has had a brush with the law. In 2012, he was fined $25,000 and sentenced to two years of probation for tampering with evidence in a bitter copyright feud with his “Hope” poster’s original Associated Press photographer.

If he is found guilty in Detroit, Fairey faces a maximum of five years in jail and fines in excess of $10,000; a preliminary hearing will be held July 28. 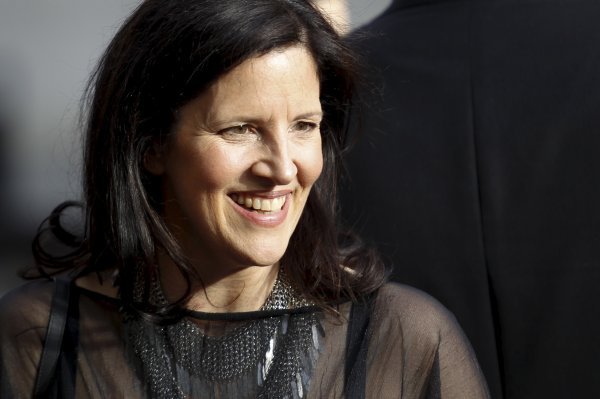 Citizenfour Filmmaker Laura Poitras Is Suing the U.S. Over Years of Alleged Harassment
Next Up: Editor's Pick