With the news on Tuesday that a nuclear deal had been reached with Iran, President Obama addressed the nation about the long-discussed arrangement. In making the case for the diplomatic reasoning behind the deal, he turned to history to prove that working with opponents does not run counter to American ideals.

“This deal is also in line with a tradition of American leadership,” the President said. “It’s now more than 50 years since President Kennedy stood before the American people and said, ‘Let us never negotiate out of fear, but let us never fear to negotiate.'”

As Obama briefly explained, Kennedy was speaking about the Cold War relationship between the United States and the USSR, and the prospect of working together to limit nuclear proliferation. The speech from which Obama quoted was Kennedy’s very first as president: his inaugural address, delivered on Jan. 20, 1961.

Even on the day it was delivered, it was clear, TIME reported that week, that Kennedy’s speech would be long remembered. Those prognosticators were right: that’s the same speech that was home to Kennedy’s famous “ask not what your country can do for you” line. Kennedy started off by acknowledging that the current era was very different from the world of the Founding Fathers, but that it was important to translate their ideals into modern life. To the supporters of democracy, Kennedy pledged that the U.S. would continue to stand for freedom. To enemies, meanwhile, he made a request to try to find whatever common ground there was and, using those shared interests, work for a peaceful future. (But that didn’t mean the president wasn’t also firmly grounded in the worldview of the early ’60s: his vision of peace revolved around the theory of mutually assured destruction.)

“Kennedy‘s inauguration speech went beyond mere rhetoric derived from the U.S. past; it had profound meaning for the U.S. future,” TIME reported. “In lean, lucid phrases the nation’s new President pledged the U.S. to remain faithful to its friends, firm against its enemies but always willing to bring an end to the cold war impasse.”

TIME quoted the speech in the issue following the inauguration:

Read the 1961 issue about the Kennedy Inauguration, here in the TIME Vault: The Inauguration of John Fitzgerald Kennedy 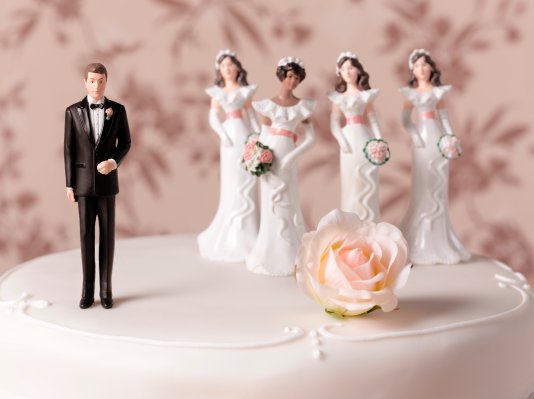 Some Modest Proposals To Make Marriage Fair for All Men
Next Up: Editor's Pick