Donald Trump has reached out to the FBI to investigate a threat he received via Twitter following his comments about escaped drug lord Joaquin “El Chapo” (Shorty) Guzman, ABC News reports.

The presidential candidate contacted the FBI’s Manhattan office Monday in response to an incendiary post from an account purportedly run by El Chapo, according to ABC News sources.

“I’m fighting for much more than myself,” Trump said about the threat Monday in a statement. “I’m fighting for the future of our country which is being overrun by criminals. You can’t be intimidated. This is too important.”

Trump posted numerous tweets Sunday about El Chapo, who broke out of a maximum-security prison in Mexico on Saturday, marking the second escape from a security facility for the nation’s most notorious drug kingpin.

“Mexico’s biggest drug lord escapes from jail. Unbelievable corruption, and USA is paying the price. I told you so!” tweeted Trump, who has been touting a need to build a wall across the U.S.-Mexico border that he wants the Mexican government to fund.

Then, writing in the third person, Trump added: “Can you envision Jeb Bush or Hillary Clinton negotiating with ‘El Chapo,’ the Mexican drug lord who escaped from prison? Trump, however, would kick his ass!”

A response to Trump was posted later that day in Spanish to a Twitter account attributed to El Chapo, which read, “Keep f—ing around, and I will make you swallow your whore words….” It was not immediately clear who wrote the message.

Trump has been in hot water following his presidential campaign address last month, in which he referred to Mexican immigrants as “rapists” who are “bringing drugs [and] bringing crime.” The Miss USA pageant, which is run by Trump’s Miss Universe Organization, was broadcast Sunday on Reelz after NBC and Univision cut business ties with Trump in the wake of his speech.

A selection of tweets can be seen below. 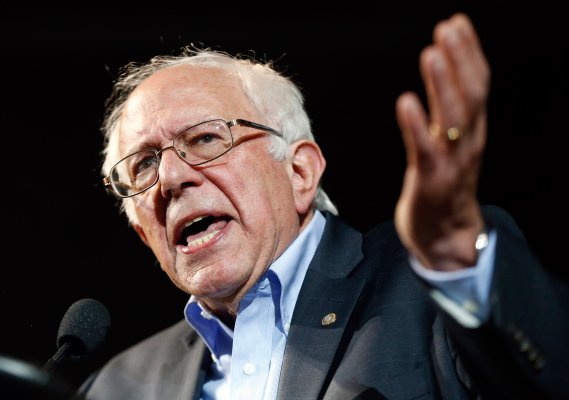 Will Bernie Sanders Be on the New Hampshire Ballot?
Next Up: Editor's Pick