Esaw Garner, widow of Eric Garner photographed in her Manhattan home on Wednesday July 1, 2015 as the one year anniversary of her husband's death nears.
Susan Watts—NY Daily News/Getty Images
By Sarah Begley

Nearly one year after the death of Eric Garner, his family has reached a settlement agreement with the city of New York that will award them $5.9 million.

Garner’s wife, mother and other relatives had taken legal steps last year to bring a lawsuit against the city, but the comptroller, Scott Stringer, elected to award them the settlement before a lawsuit was formally filed. This method is meant to bring closure to the family more quickly and save taxpayers money that would be spent on hefty legal fees, according to the New York Times.

Garner was killed in a chokehold during an arrest by the police on Staten Island. A grand jury did not indict the officer who placed him in the chokehold, Daniel Pantaleo. Garner’s death prompted outrage around the country, with protestors repeating his final words, “I can’t breathe,” as a battle cry for justice.

Garner’s family will reportedly lead a rally petitioning the federal government to bring charges against the officers who arrested him on Saturday, one day after the one-year anniversary of his death. 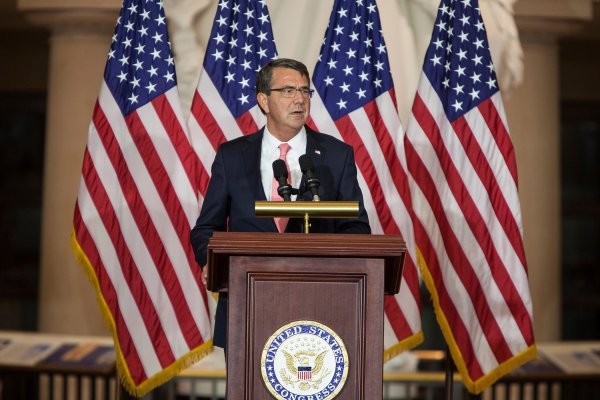 Pentagon to Lift Transgender Ban in the Military
Next Up: Editor's Pick