Andy Warhol famously introduced the idea that someday everyone would be world famous for 15 minutes. But if the pop artist had lived long enough to watch some web videos, you have to think he’d change his timeframe to 15 seconds. That’s because everyone from pet owners to parents are looking to cash in viral videos these days.

But when it comes to web video, does fame equal fortune? That depends on how much money you expect to make. While most successful viral videos tend to earn hundreds or even thousands of dollars, the biggest hits — which are rare — can generate more than a million, according to Daniel Fisher, senior vice president of audience solutions at London-based video monetization firm Rightster.

“We have seen, in the last four or five years, an enormous collection of high-definition content being uploaded primarily to YouTube, and now other platforms including Facebook,” says Fisher. Typically, those videos get seen by next to no one. But in rare cases, wildly funny, extremely scary, or just downright amazing videos will start getting shared, and that’s when the viral phenomenon begins. Successful videos get picked up by a thought leader, says Fisher, which is either an Internet personality, celebrity, or other prominent figure. Once someone with lots of social influence shares a video, its reach is accelerated rapidly, and thousands of people start watching and sharing it instantly.

If you’ve monetized your video, this is when the cash starts rolling in. On YouTube, you can monetize your video with the AdSense program, which places ads before, inside, or near your footage. How much your video earns depends on a number of factors, including the types and pricing of ads that run with your clip. Once it’s live, as the view count ticks higher, YouTube tallies the totals and deposits your share of the proceeds into your bank account.

Video ads alone can generate a healthy amount of money. In 2012, The Guardian reported that “Charlie Bit My Finger,” now with more than 800 million views, made more than £100,000 at that point. One blogger says YouTube paid him $5,675 for a video with about 4 million views over six years. And these Quora users have many more first-hand stories about how much money they made with their videos.

But Fisher says you’re more likely to see a payout only in the hundreds for a successful viral video, unless it’s a mega-hit. And keep in mind that the content of a video uploaded to YouTube must not violate anyone else’s copyrights. So if you’re thinking of playing “Chariots of Fire” on that funny movie of your kid’s first steps, be prepared to hear about it from Vangelis.

Another way to make money on viral videos, says Fisher, is to license them — and this is where companies like Rightster help make deals happen. “If your video looks commercially attractive, it will generate attention from production companies and advertising agencies,” he says. These firms may offer you pennies on the dollar to use your video, and can lock you into restrictive contracts. Rightster acts like an agent representing viral video owners’ best interests. It also has extensive contacts and can market your movie to partners that may be interested in featuring your clip. Once a video has reached this stage of popularity, it can make anywhere from $10,000 to hundreds of thousands of dollars.

But can those tchotchkes make you rich? “There have been reports of a single piece of content making upwards of a million dollars,” says Fisher, declining to reveal the hauls of any of Rightster’s clients. Are those reports true? The best way to find out is to upload a 15-second clip of your own and find out. 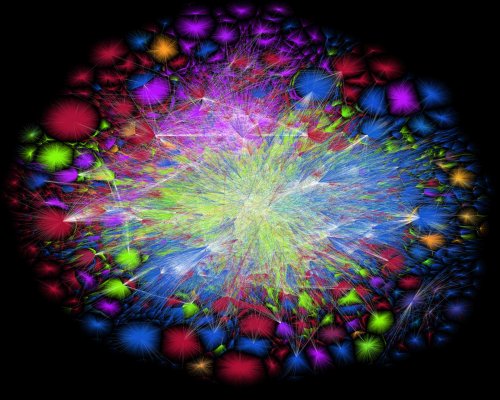 See What the Internet Actually Looks Like
Next Up: Editor's Pick