An executive committee for Boy Scouts of America unanimously voted to get rid of the organization’s ban on gay adult leaders and volunteers on Monday, paving the way for the organization to become as inclusive for adults as it now is for youth.

The Scouts’ National Executive Board, which governs the body, will now vote on the resolution on July 27, and their decision will go into effect immediately, according to activist group Scouts for Equality.

In addition to allowing gay or bisexual adults to work and volunteer in the BSA, the resolution allows previously removed leaders to apply for their former positions. It also allows each individual troop or unit to determine its own eligibility policies concerning gay leaders, while blocking non-troop organizations and regional governing bodies from discriminating against volunteers or employees on the basis of sexual orientation. The BSA board lifted the ban on openly gay youth serving in the program on January 1 2014.

“For decades, the Boy Scouts of America’s ban on gay adults has stood as a towering example of explicit, institutional homophobia in one of America’s most important and recognizable civic organizations,” Zach Wahls, an Eagle Scout and the Executive Director of Scouts for Equality, said in a statement. “While this policy change is not perfect—BSA’s religious chartering partners will be allowed to continue to discriminate against gay adults—it is difficult to overstate the importance of today’s announcement.” 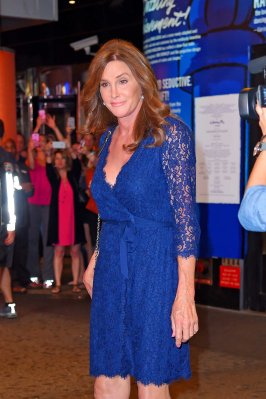 How ESPN Decided to Give Courage Award to Caitlyn Jenner
Next Up: Editor's Pick