The account, @israelipm_farsi, has uploaded two tweets thus far. The first reminded Twitter users that Iran’s leaders permitted chants against the United States and Israel, including “Death to America!”, during rallies on Jerusalem Day, the annual state-recognized day of solidarity with Palestinians.

Netanyahu has pointed to these chants as a reason to halt negotiations with Iran.

“If the concessions continued even after these unequivocal calls for the destruction of those conducting the negotiations, it seems that there are those who are ready to make an agreement at any price — and this bad agreement is unavoidable,” Netanyahu said while addressing the Israeli Parliament on Monday.

Western negotiators are in the final stages of hammering out an agreement with Iran, which would lift economic sanctions on Iran if the country agrees to limit its nuclear capabilities for the next decade. Diplomats have so far passed three deadlines without a deal. 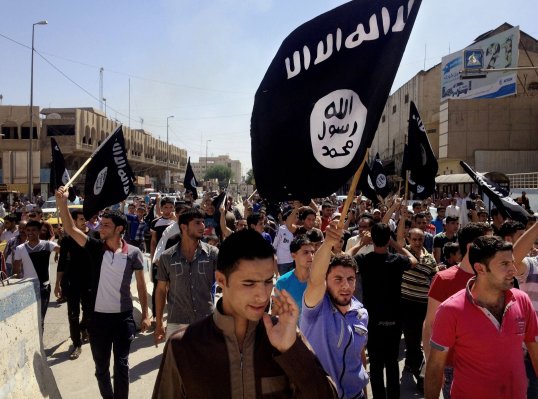 ISIS One Year On
Next Up: Editor's Pick