How Exclusives Are Hurting Streaming Music

When Taylor Swift said she would bring her multiplatinum album 1989 to Apple Music last month, it was seen as a victory for music streaming as the next evolution of music distribution. But it also exemplifies an increasingly frustrating experience for users: Albums and songs appearing exclusively on one particular streaming platform.

Apple Music is the only on-demand streaming service where 1989 is currently available. Swift famously removed her entire catalogue from Spotify last year, arguing against Spotify’s ad-supported offering that gives users access to the service’s entire catalog for free. Swift’s discography, minus 1989, does appear on rival services that don’t let users stream everything without charge, like Google Play Music, Rdio and Tidal. The pop artist has said her tie-up with Apple’s service isn’t an “exclusive deal,” but has given no indication if or when her latest album may appear on competing platforms. Apple didn’t respond to a request for comment, while a representative for Taylor Swift declined to comment.

Swift isn’t the only artist who has decided to keep some of her music exclusive to certain streaming services. Prince’s discography has been yanked from Spotify, but it’s available on Google Play Music and Tidal. Lil Wayne released a new mixtape via Tidal over the Fourth of July weekend, one of a number of exclusives the upstart service is using to gain attention. And on July 10, Drake debuted his latest music video exclusively on Apple Music. Increasingly, artists — or their record labels — are limiting the number of ways fans can access their music.

If this trend continues, music fans could be forced to buy two or more $10-per-month streaming services to get guaranteed access to all of their favorite artists’ songs and videos. There’s a precedent for what’s happening here in the movie world: Five years ago, Netflix had an unbeatable library of movies available for streaming because it was largely the only game in town. Now, as the streaming market has grown and new competitors have joined the fray, the breadth of Netflix’s offerings has declined, and some people are paying for more than one service to get access to more films.

The Battle for Exclusives isn’t just a problem for music listeners — it’s an issue for the industry, too. Right now, only about 41 million people around the world pay for a music streaming service — that’s not nothing, but it’s far from a majority of music listeners. In fact, just 10% of the industry’s overall revenue from recorded music comes from subscription services. You might think paying about $120 a year for access to a seemingly unlimited selection is a steal, but that’s already more than double the $55 a year the average music listener in the U.S. spends on recorded music. If the music industry’s plan is to compel millions of people to double their spending on music each year, any single $10/month offering must be comprehensive in meeting listeners’ tastes. As more music gets Balkanized on one service or another, the less appealing paying for streaming looks overall.

‘The opportunity is how do we make subscription a mainstream thing,” says Elias Roman, product manager for Google Play Music. “If people pay 10 bucks a month for service A and it doesn’t have a release they want because it’s windowed on service B, as an industry we’re kind of shooting the value proposition in the foot a little bit.”

Exclusives could hurt the music industry in the battle against piracy, too. Inexpensive and comprehensive streaming services have proven an effective way to fight illegal downloading: In Norway, where streaming services like Spotify are popular and long-established, less than 4% of people under 30 still illegally download music, according to a December survey by recording industry group IFPI. That happened because streaming is safe, easy-to-use and packed with every song a person could want. Get rid of any of these factors, and some portion of customers would likely have no problem returning to piracy.

Analysts say it’s unlikely that digital music services’ libraries will become as fractured those of Netflix or Amazon’s movie offerings. Cutting lots of exclusive deals would be expensive for streaming services, some of which are not profitable. It would also stand to cut off artists from a portion of their fanbase who don’t follow them to a specific service. “It’s not clear how good these things are at actually driving subscribers,” says Dan Cryan, a media analyst at IHS, of music exclusives. “Over the next 3 to 5 years, it will not become a mainstream activity.”

Instead of competing on exclusives, then, streaming services may be better off competing on the user experience — whether that’s Spotify’s robust social networking features, Apple Music’s curated playlists or Google Play Music’s context-sensitive radio stations. These are the features that compel customers to pick one service over another, not their music libraries. Trying to frame streaming’s value proposition around specific albums and videos makes little sense in a world where any piece of content can proliferate for free across the Internet from the very moment it’s released. 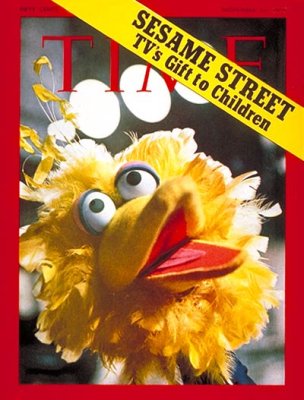 Behind the Magic of Sesame Street
Next Up: Editor's Pick