Pluto Is Larger Than We Previously Thought

It’s still not a planet, but Pluto is bigger than experts thought.

NASA reported on Monday that scientists on their New Horizons Mission have determined the size of Pluto. The former planet is 1,473 miles in diameter, slightly larger than previous estimates, making it the largest known object in the solar system beyond Neptune’s orbit.

Pluto’s size has been notoriously difficult to determine since its discovery in 1930 due to what NASA called “complicating factors from its atmosphere.”

“We are excited to finally lay this question to rest,” said Bill McKinnon, a scientist on the mission. 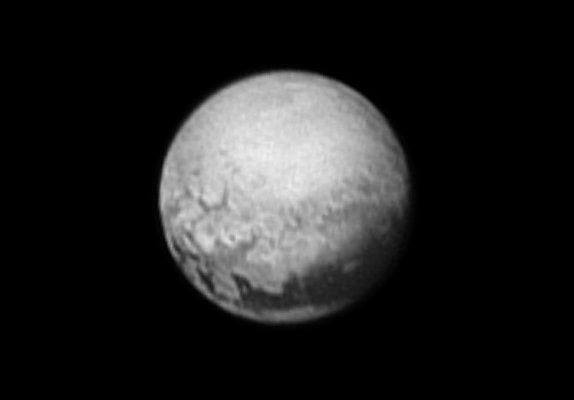 NASA Unveils Close-Up of Pluto's Surface
Next Up: Editor's Pick