A Pennsylvania teenager ran up the Rocky Steps in Philadelphia on Sunday to celebrate a victory bigger than Rocky’s over Apollo Creed—beating cancer.

Sean Bartolucci, 13, spent the past 18 months doing chemotherapy and radiation after he was diagnosed with neuroblastoma, which created a softball-sized tumor in his abdomen. The eighth-grader said his victory lap up the world-famous steps outside the Philadelphia Museum of Art, featured in the Rocky films, was only fitting.

“This was one of the first things that came to mind,” he said.

Flanked by friends and family wearing T-shirts reading “Sean’s A Fighter,” Sean clambered up the steps two at a time.

After five rounds of chemotherapy, 20 rounds of radiation and a stem cell transplant, the ascent was a walk in the park, Sean said. 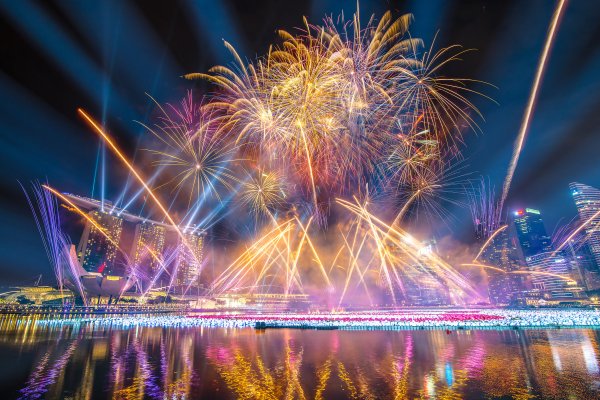 Find Out What Your Favorite Fireworks Are Called
Next Up: Editor's Pick