Two men fish in a pond in Xian Village, which is in the city center of Guangzhou, China. A conflict between locals and real estate developers lasts for more than seven years because of the uneven compensation and the corruption of Xian village leaders.
Yuyang Liu
By Ye Ming

When Kevin Frayer moved to China two years ago, the freelance photojournalist for Getty Images with 25 years of experience, was not prepared to find a place of such complexity.

“China’s incredibly unique,” Frayer tells TIME. “It’s just a massive, incredibly dynamic, exciting country that is literally impossible for one person to create a larger visual narrative of. [And] because you don’t have contact immediately with Chinese photographers, you feel like you have the country all to yourself.”

Soon, Frayer realized that his Chinese colleagues were as talented as he was, but short of venues to reach an international audience. That’s when he turned to Instagram to carve out a more inclusive space dedicated solely to China.

Together with French photojournalist Fred Dufour, who works for Agence France-Presse in Bejing, Frayer gathered a few foreign and local photographers and launched @eyesonchinaproject in June, with the goal of giving viewers “one place to go to get a very broad look at this country.”

Concerned that too many rules could turn contributors off, Frayer did not set any boundaries other than a posting schedule. The feed does not have a curator, and photographers are free to share old and new work no matter their aspect ratio. “We’re not crafting this thing,” he tells TIME. “I think that the success of it is it’s not crafted.”

Some photographs show the surprisingly mundane moments in the life of regular Chinese, such as Albertazzi’s image of a group of men playing cards in their swim shorts on a hot summer afternoon in Beijing; others are images from long-term documentary projects, such as Zhang’s series of portraits of Chinese artists with autism.

Zhang, a photographer and editor of a Beijing-based magazine for persons with disabilities, tells TIME that she was attracted to the group’s aim to provide an in-depth look at the country through “projects”, instead of just snippets of the society. “I thought it was refreshing,” Zhang says. “It’s what distinguish this feed from the @everydayeverywhere series,” which, she says, she’s an avid follower.

“There hadn’t been such collaboration [between Chinese and outside photographers] before,” adds Liu, a freelance photographer based in Guangzhou and a 2014 Magnum Foundation Human Rights Fellow. “Before, the majority of time was foreign photographers teaching Chinese photographers how to shoot.”

“It’s a really interesting diverse group of people that all are doing different things,” says Frayer. “You can learn a lot through [the Chinese] colleagues that you wouldn’t learn otherwise. It’s [still] in the early stages, so it’s hard to say where people will take it, but I think people are getting it now.”

Asked whether the feed are gaining followers in China, Liu says, “There is a wall that’s stuck in between,” referring to the Internet censorship and inaccessibility of Instagram in China unless a proxy is used. To be seen in China, the group will need to publish on platforms preferred by Chinese users, such as WeChat, a mobile messaging app, or Weibo, the Chinese equivalent of Twitter. The plan is on the horizon but the group agreed to take things slow.

“It’d be interesting for the Chinese audience to see the very different perspectives and focus of Chinese photographers and their foreign counterparts, which may lead to lots of attention and discussion,” Liu says. 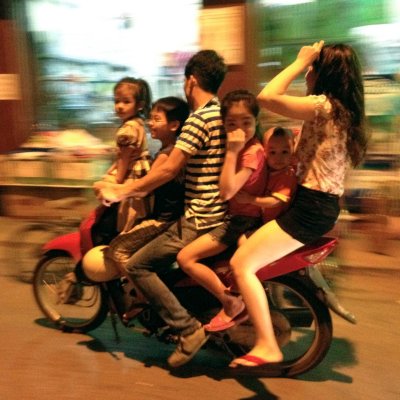 Everyday Life Around the World as Told Through Instagram
Next Up: Editor's Pick