From Mockingbird to Watchman: A Changing Alabama

Harper Lee’s new novel Go Set A Watchman, released Tuesday, takes place two decades years after the Depression-era To Kill a Mockingbird. In the new book, Jean Louise “Scout” Finch returns to her Alabama home in the 1950s, only to find a world on the cusp of the Civil Rights Movement. Both novels grapple with issues of racism and justice, social issues that evolved dramatically — in real life as in the books — during the intervening years. Following World War II, desegregation was on the mind in Alabama of the mid-1950s. But Lee’s home state, at the time of Watchman’s narrative, still had a rough road ahead.

Here are some of the real historical events that would have shaped Scout’s world:

The Mockingbird Alabama and Jim Crow

In 1933, a court case that helped inspire the courtroom narrative of To Kill A Mockingbird captivated attentions and headlines in real-life Alabama: the trial of the African-American teenagers dubbed the Scottsboro Boys, whom two white women had accused of rape.

When eight of the teenagers were convicted and initially condemned to death by an all-white jury in Scottsboro, Ala., the subsequent series of appeals brought national scrutiny to the justice denied to black defendants. The Supreme Court ruled against Alabama’s “selective jury system,” calling for new trials in 1933. TIME followed the cases as they repeatedly rose to the Supreme Court and returned to Alabama. (Read part of that original coverage here.)

Throughout Southern states, Jim Crow laws remained steadfast, mandating “separate but equal” facilities and services, which were far from equal in practice. Alabama systematically denied African Americans their voting rights by means of poll taxes. And while Ku Klux Klan activity was in decline, lynchings still took place within the state. Unsurprisingly, many African Americans left Alabama to move north or west throughout the decade and afterward as part of the Great Migration.

The Second World War catalyzed change for Alabama. The South grew from “the Nation’s number one economic problem,” as President Franklin D. Roosevelt called the region in 1938, to a developing region of industrial growth and wartime job opportunity. In 1941, TIME reported on Alabama’s steel mills expanding, as well as the new facilities for aluminum, gunpowder, ammunition and anti-aircraft shells.

Alabama was also home to the nation’s first African-American fighter squadron. The Army Air Forces established the 99th Fighter Squadron in July of 1941, training an all-black unit to operate aircraft. The squadron incited anger, especially for surrounding farmers who “watched their cheap help skitter off the fields to get better jobs at the Army post.” An officer quelled their contempt by calling a meeting and telling them “that this is just what Hitler wanted, just this kind of division among the U.S. people; Goebbels would be delighted.” Wartime necessity continued to break down racial barriers when Roosevelt published Executive Order 8802 in 1941, barring any racial discrimination in the defense industry.

Several former Ku Klux Klan members rose to power on the state and national level in the 1930s: Bibb Graves, elected Alabama Governor in 1936, had reportedly been a Klan chapter head, and Alabama’s Senator Hugo La Fayette Black caused a national scandal when it came out he had been a member of the Ku Klux Klan before he was confirmed as a Supreme Court Justice in 1937.

Meanwhile, the NAACP advanced legislation to suppress the lynching that was a threat to Tom Robinson in To Kill a Mockingbird and that still took place in 1930s Alabama; the NAACP recorded eight instances in 1937, and then six in 1938. Anti-lynching bills went before the House and Senate, falling due to lack of votes and filibusters but gaining more momentum and strength each time.

But after the war, perspectives on race began to shift. When Ku Klux Klan mobs saw a brief resurgence around 1949, Alabama became the first state to make it a misdemeanor to appear in public wearing masks. In the Birmingham area, the state took 17 white men to trial for their participation in Klan mob intimidation. (That particular case wasn’t a complete victory for justice, however, as the trials were delayed when the judge and juries were found to be former Ku Klux Klan members; only two trials happened and both of those defendants were acquitted).

The early 1950s were the time of Brown v. Board of Education, which declared that school segregation was unconstitutional. Though that case was decided in May 1954 and elaborated upon the following year, the first of the cases that were eventually combined into that landmark ruling began as early as 1950. It would have been abundantly clear that segregation could no longer stand unchallenged. As desegregation spread, indignant citizens began forming White Citizens’ Councils — like the Maycomb County Citizens’ Council that appears in Go Set a Watchman — that brought people together to coordinate resistance to the change.

Alabama in particular put up strong opposition to integrated schools; in September of 1955, TIME graded the state with an “F” because none of its school districts had made moves to desegregate. The state legislature passed a bill, over the governor’s veto, allowing school boards to place students according to best fit; later it resolved that the Supreme Court’s ruling was null and void altogether.

Go Set A Watchman takes place at the very beginning of the Civil Rights Movement. Before 1955 was finished, Alabama would see Rosa Parks launch the Montgomery Bus Boycott. In 1956, Autherine Lucy would become the first black student to enroll in the University of Alabama, Harper Lee’s own alma mater. Segregationists were still fighting hard, but that was because they had more to fight against.

Read TIME’s original 1960 review of To Kill a Mockingbird, here in the TIME Vault: About Life & Little Girls 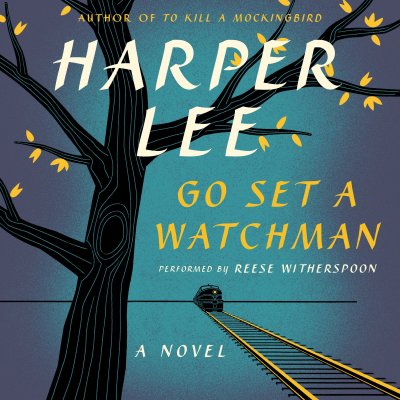 10 Beautiful Lines From Harper Lee's Go Set a Watchman
Next Up: Editor's Pick