Pope Francis waves to the crowd from the Popemobile while making his way to celebrate an open-air Mass on July 9, 2015 in Santa Cruz, Bolivia.
Mario Tama– Getty Images
By Jacob Koffler

Pope Francis admitted Monday to neglecting to address the economic problems of the middle class while acting as a fervent advocate of the poor.

Speaking to reporters aboard the papal plane while returning from Latin America, the pope acknowledged that his focus on poverty has led him to forget the middle class at times. Responding to a reporter’s question regarding why he rarely speaks about the “working, tax-paying” middle class, he said: “You’re right … It’s an error of mine not to think about this.”

“The world is polarized,” he continued. “The middle class becomes smaller. The polarization between the rich and poor is big. This is true. And, perhaps this has led me to not take account of [the problems of the middle class].”

The Pope continued his fierce criticism of capitalism during his eight-day tour of Ecuador, Paraguay, and Bolivia, decrying the “dictatorship of an impersonal economy” in one speech. In his interviews on Sunday, he acknowledged that his remarks had been frowned upon by some in the U.S. “I haven’t had time to study this well but every criticism must be received, studied and then dialogue must follow,” he said.

The pope is scheduled to visit Cuba and the United States in September. 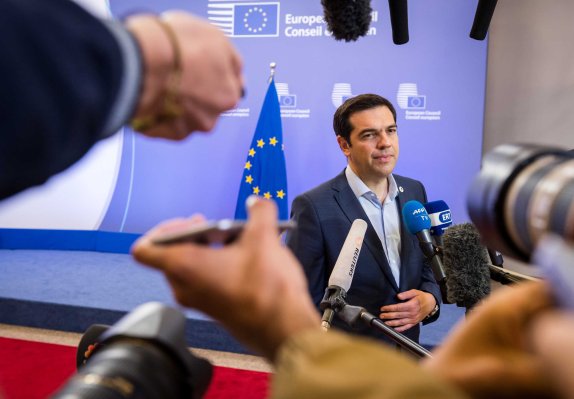 Greece Agrees to Its Third European Bailout
Next Up: Editor's Pick