Up until this weekend, I would’ve felt comfortable betting money that Batman v Superman: Dawn of Justice probably wasn’t going to be very good.

Director Zack Snyder’s first go at the Man of Steel, titled, well, Man of Steel, was okay, even enjoyable at times. But the hero-packed sequel has long felt bound to become an ill-fated attempt on DC’s part to ape the Marvel Cinematic Universe’s massive success. Steel was a franchise reboot after the complete failure that was Superman Returns, the worst entertainment experience involving Kal-El since Superman 64. Steel also kicked off DC’s own shared universe — for the next few years, you can expect more DC one-off movies than you can shake a Power Ring at, all leading up to Justice League, essentially DC’s answer to Marvel’s The Avengers.

The first trailer for Batman v Superman left more questions than answers. Okay, some people are skeptical of Superman’s strength. That makes sense, and feels very Watchmen, widely regarded as one of the best graphic novels ever written. But why are Batman and Superman fighting anyway? Is it even possible to write Superman, an alien powered by Earth’s yellow sun who’s largely indestructible save a nasty allergy to glowing green rocks, in a compelling way? And Ben Affleck as the Caped Crusader? The whole thing felt like a scheme to get two of the most well-known superheroes on the same screen to sell movie tickets and merchandise — a perfect recipe for Batman v Superman: Yawn of Justice. I was ready for the worst.

But then this new trailer that dropped at Comic-Con over the weekend. Ho boy.

There’s a lot happening here, but here’s my best guess at the main plot: Superman’s fight with General Zod and crew in Man of Steel wrecked Metropolis, and Bruce Wayne was there for the whole thing — his own building was wrecked in the carnage. He came away from that experience deeply skeptical of Superman’s seemingly God-like powers, and becomes The Batman to rid the world of Superman’s threat. Why Superman bothers fighting Batman instead of giving up on Earth and finding a new planet to call home remains to be seen. Oh, and Wonder Woman is here too for reasons unclear.

All that has echoes of what’s perhaps the greatest storyline in mainstream DC history: Frank Miller’s 1986 The Dark Knight Returns, in which Superman goes to Gotham to fight Batman at the behest of the U.S. government (it’s complicated). Miller did what’s unquestionably the best work ever done with Batman, tapping into and elevating the deeply dark elements of the Caped Crusader’s lore — in this book, Joker kills himself to try and frame Batman for the murder. It’s twisted, adult-oriented stuff that laid the groundwork for 2008’s The Dark Knight, arguably the finest superhero film ever made.

We know from interviews that Dawn of Justice isn’t a film adaptation of The Dark Knight Returns. But after seeing this new trailer, it’s safe to say it’s being influenced by it. And that alone has moved me from “deeply pessimistic” all the way up to “cautiously optimistic.” DC, however, will have to hope Marvel hasn’t already sucked the superhero well dry — by the time Batman v Superman hits, movie-goers will have gotten a dozen films in Marvel’s own shared universe. How long can the superhero craze last? 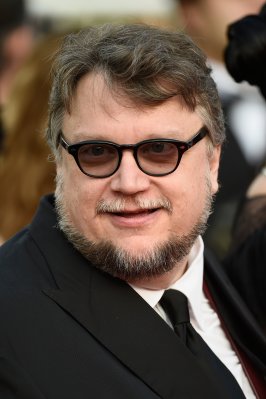