Lego’s Bricks Are Getting Their First Makeover in Decades

The ease of Lego’s interconnected bricks are a main reason the Danish toy maker is one of the largest players in its field today.

But Lego is on a 15-year quest to tinker with that success.

As The Wall Street Journal points out, Lego has assembled a team to find a bio-based alternative to the petroleum-based plastic it has used for decades. That’s because the blocks are a big contributor to the company’s carbon footprint.

The Journal’s story didn’t break a lot of new ground: Lego last month committed roughly $150 million to the effort that it said could take until 2030 to complete. At the time of that announcement, Lego said it expected to recruit more than 100 specialists within the materials field to find alternative materials. Lego in 2012 first outlined plans to find sustainable alternatives to raw materials used to manufacture its products, though the company’s statement last month gave more concrete details about that effort. It’s the Lego brick’s first makeover since 1963, the Journal said.

“This is a major step for the LEGO Group on our way towards achieving our 2030 ambition on sustainable materials,” Jørgen Vig Knudstorp, CEO and President of the LEGO Group, said at the time of the announcement.

Some question if the effort can be a success. Wired last week raised concerns that the toy maker could truly replicate its bricks without using the famed plastic formula that works today. Along with questioning what “sustainability” means in this context (even Lego admits there is no common definition), Wired argued it might make more sense to make packaging more environmentally friendly.

In any case, Lego and its pocket of the toy industry have been soaring of late. Sales of building sets in the U.S. jumped 13% to $1.85 billion in 2014 from the prior year, the best-performing category in the toy aisle. 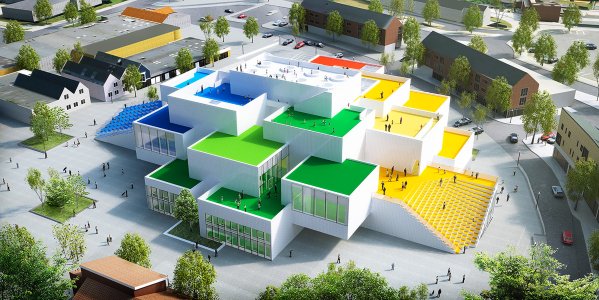 The Lego House
Next Up: Editor's Pick