Greece Agrees to Its Third European Bailout After Marathon Talks

The last round of talks on the Greek debt crisis went through the night on Sunday for 17 grueling hours, but when European leaders finally emerged from the negotiating rooms in Brussels on Monday morning, they announced that they had reached a unanimous deal to save Greece from going bankrupt and crashing out of the European currency union.

The details of the agreement were sketchy. But even from the rough contours outlined at a press conference on Monday morning, it was clear that Greece had bowed to nearly all the demands of its creditor nations, especially Germany, and had taken on commitments that would be extremely difficult for the Greek government to fulfill without losing the trust and support of its electorate.

Over the weekend, however, Prime Minister Alexis Tsipras was focused on regaining the trust of his counterparts from wealthy European nations, which agreed on Monday to help fund another rescue package for the Greek economy, the third such bailout Greece has received in five years. European officials estimate Greece needs roughly $90 billion in emergency loans just to get through the next three years.

“Trust was a very key issue” in negotiating this bailout package, said Jeroen Dijsselbloem, who heads the group of 19 European finance ministers from countries that use the euro as their currency. To regain the trust of these countries, the Greek parliament would need to “very quickly legislate” a range of painful reform measures, “and in that way will also work to bring back trust in the whole process and between the member states.”

That trust was battered on July 5, when Greeks voted in a referendum to reject the terms of a bailout Greece’s creditors had offered in June. Germany, Finland and other countries then began to take a much harder line in the Greek debt talks, as the referendum seemed to signal that Greece would not be able to keep its promises to cut spending, raise taxes and reform its inefficient economy. “I said before the referendum that the situation would be worse after the referendum,” said Jean-Claude Juncker, the President of the European Commission, at Monday’s televised press conference in Brussels. “This has proven to be true,” he said.

Indeed, the terms of the bailout that European leaders agreed over the weekend were far harsher than the ones Greek voters had rejected only a week earlier. To regain the trust of its creditors, Greece will have to scrape together about $50 billion in state assets, which will effectively be used as collateral on the latest package of emergency loans to Greek banks and the Greek government. None of Greece’s previous bailouts have included such draconian terms.

In explaining this part of the deal, Dijsselbloem, the head of the so-called Eurogroup of finance ministers, said Greece would have to transfer this pile of assets into a specially created fund. “The fund will monetize these assets either by privatizing or running the assets and trying to make money from those,” he added. “That money will be used to deal with debt and to reduce debt.”

The idea of creating such a fund came from Germany, whose Finance Ministry proposed it over the weekend as a way of guaranteeing Greek debts. The German proposal even suggested that Greece would have to transfer these state assets abroad before they could count as collateral on any further loans. But on this point, at least, Prime Minister Tsipras seemed to win a concession from his most unforgiving creditors. “It will be based in Greece,” Dijsselbloem said of the so-called guarantee fund.

On practically all other points in the negotiations, however, Greece capitulated to the demands of German officials and other hardliners, who faced criticism over the weekend of trying to humiliate Greece and even to force the ruling Greek government from power. Asked on Monday about the claims that European leaders were effectively staging a “coup” in Greece, the European Commission President countered that other parties to the talks had also been forced to accept unpleasant conditions.

“It is a compromise. There are no winners and no losers,” Juncker said. “I don’t think the Greek people have been humiliated. And I don’t think that the other Europeans were losing their face. It’s a typical European arrangement.”

Before that arrangement can get formal approval from Greece’s creditors, the Greek parliament will have to approve all of its terms in the coming days. As most of these terms contradict the key election promises of the ruling Syriza party, some analysts expected a week of political turmoil in Athens that could possibly lead to new elections.

“The formation of a national unity or special purpose government to pass the reforms in the tight time-frame is now required,” said Demetrios Efstathiou, an analyst at Standard Bank. “Elections would have to follow at a later stage,” he wrote in a note to investors.

The only winner in Monday’s deal, he added, was German Chancellor Angela Merkel, who has taken an extremely tough stance in the debt talks, in part to send a warning to other indebted European nations that financial bailouts would not come easy on her watch. The Greek capitulation should allow Merkel to get the approval of the German parliament for the latest bailout deal.

“The advantages far outweigh the disadvantages,” Merkel told a separate news conference on Monday in Brussels. “The country which we help has shown a willingness and readiness to carry out reforms,” she said in reference to Greece.

The battleground over these reforms will now shift to Athens, where Tsipras will have to push them through parliament in spite of fierce resistance from members of his own government and party. Known as the Coalition of the Radical Left, the party was elected in January on a promise to avoid exactly the types of austerity measures Tsipras agreed to undertake during this weekend’s negotiations.

“We found ourselves before difficult decisions, tough dilemmas,” Tsipras said in defending the agreement on Monday. In the end, he added, the agreement will allow Greece to “stand on its feet.” But the weight of more loans and another crushing round of austerity will make it hard for Tsipras’ government to stand the backlash from its electorate. 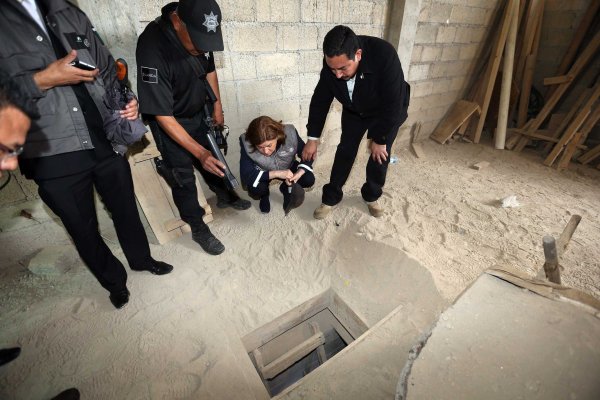