A string of car bombs and suicide attacks tore through the Iraqi capital on Sunday, killing 35 people and wounding more than 100.

The bombings occurred in Baghdad’s mainly Shi‘ite Muslim neighborhoods of Shaab, Bunouk and Kadhumuya, reports Reuters. No group has claimed responsibility for the attacks, but the Islamic State of Iraq and Greater Syria (ISIS) is believed responsible. The Sunni extremist group often sends militants into the capital.

The northern neighborhood of Shaab was hit worst when two bombs were set off near a market. A suicide attacker detonated explosives strapped to his body shortly after crowds gathered to see the aftermath of a car bomb. The combined blasts killed 19 people.

As the daily Ramadan fast drew to a close, just before dusk, another suicide bomb killed five people in Kadhimiya. The district is home to one of Shi‘ism’s holiest shrines, the al-Kadhimiya Mosque. A separate bomb in the Iskan district to the city’s west killed another two people. 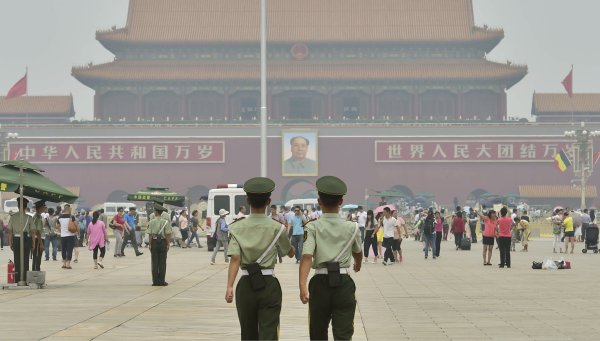 China Rounds Up Over 100 Lawyers and Activists
Next Up: Editor's Pick