Some of the toughest women in the film industry shared their best war stories and spoke about the discrimination they still experience as women in Hollywood, during Entertainment Weekly’s annual “Women Who Kick Ass” panel at San Diego Comic-Con on Saturday.

The best anecdote was from Gwendoline Christie, who stars as Brienne of Tarth on Game of Thrones and will star in both the Star Wars and Hunger Games films this winter. The actress said that for two months she and Rory McCann practiced the epic battle between Brienne and the Hound at the send of season four. In one part of the scene, she was supposed to mimic punching him in the groin area, and they had carefully choreographed how to make it look real on camera. But just before cameras rolled, McCann told her, “Do it for real.”

“What you see in that fight is genuine connection of fist and undercarriage,” she said.

When asked about her female role models growing up, Christie said Sigourney Weaver in the Alien films has always been an inspiration. “She had that strength and power but no forsaking her femininity—and good old fashioned ass kicking,” Christie said.

Gal Gadot said it’s that type of balance between femininity and power that she hopes to strike in her upcoming role as Wonder Woman in the Batman v Superman film and her standalone movie. “I think the costume really represents the Wonder Woman of today,” she said.

The women also spoke about overcoming discrimination in the industry. Christie said when she first graduated from drama school, she had a hard time booking roles that she felt good about. “Ten years ago, the world was a less embracing place. The Internet has made people’s frame of reference so much more diverse,” she said. “I think women want to see themselves represented in a more realistic way.”

Gadot said she hadn’t really faced sexism despite spending so much time on male-dominated sets like that for the Fast & Furious film. But she has had to speak up about choices for her character with which she did not agree, and said that’s something she does more now that she has a daughter. “For me, responsibility goes hand in hand with character development, and I was able to communicate the problems I had to the directors—all male directors,” she said.

Hayley Atwell, who stars as Peggy Carter in the first Captain America film and the show Agent Carter, put it more bluntly: “I don’t think my character would be naked in this scene. There is no need for that. I’m not doing it to fulfill your weird little fantasy.”

The women also spoke about the most challenging physical demands they have had on set. Jenna Coleman of Doctor Who said she has spent a lot of time hanging upside down, “which sounds easy, but it isn’t.”

Kathy Bates, who currently stars in American Horror Story, spoke about her infamous fight with James Caan in the horror film Misery. “The hardest part was getting my head slammed into the floor,” she said. “I didn’t think I would cry at the end but I did.” 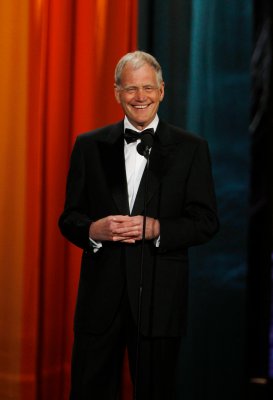 Watch David Letterman Do a Top 10 List on Donald Trump
Next Up: Editor's Pick