See the First Official Photo of the New Ghostbusters Cast

With set photos cropping up online of the new Ghostbusters crew in uniform, it was only a matter of time before Paul Feig, who has been unveiling looks at the film online, debuted an official photo of the newly assembled gang.

Feig tweeted out a photo of Leslie Jones, Melissa McCarthy, Kristen Wiig, and Kate McKinnon posing in front of the Ecto-1, fully in uniform and each carrying their proton packs. Feig has shown each of these elements individually before.

Feig’s new take on Ghostbusters will hit theaters on July 22, 2016, though with all of these reveals, you should be able to put together a proper Ghostbuster costume for this year’s Halloween. 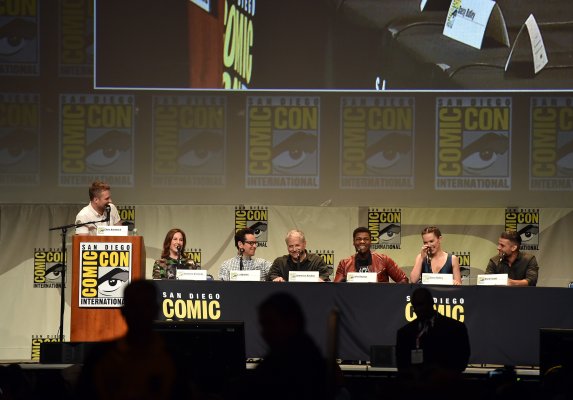 J.J. Abrams and the Star Wars Cast on What It's Like to Make the Film as Fans
Next Up: Editor's Pick