Take a woman in the middle of an intensely polarizing Silicon Valley gender-discrimination lawsuit and put her in charge of cleaning up a tech company known for its mostly male, highly vocal and often controversial user base. What could go wrong?

You could say it’s no surprise that Ellen Pao is stepping down as interim CEO of the message-board site Reddit. Her short and brutal tenure began last fall and slammed into a wall in May when she announced that the site would begin enforcing antiharassment policies that some of the site’s 164 million, mainly anonymous users believe to be antithetical to the community’s free-speech ideals. (Though a for-profit enterprise, Reddit has grown into a powerhouse because it is largely self-governed.)

The company’s decision in early June to ban of five of Reddit’s notoriously virulent and abusive forums, many of which have been condemned by civil rights watch organizations like the Southern Poverty Law Center and various women’s groups for glorifying everything from racism to rape, was not Pao’s alone. The site’s executives, board and high-profile investors realize that the company has to modernize, i.e. become more commercial. Doing that means shining light on the darker corners of Reddit so the socially enriching part can thrive.

But Pao became the face of change. The controversial, “difficult” female face of unwelcome, unholy change. The resulting clash of an anonymous online army and a perceived lady enforcer is worthy of an HBO epic series.

The announcement about the renewed antiharassment rules, designed to protect individuals from attack, came just few months after Pao lost her high-profile suit against venture-capital firm Kleiner Perkins Caufield & Byers. In the suit — she is currently appealing the ruling against her — she alleged the company retaliated against her for calling executives out on endemic corporate sexism. The firm, in turn, alleged that she was not promoted because she was “difficult” and not a “team player.”

Sure, Kleiner Perkins didn’t come out looking particularly good either, especially when partner John Doerr was quoted as saying that the most successful tech entrepreneurs are “white, male nerds.” But Pao’s reputation took the biggest hit. So when she told Reddit’s users that they were going to have to shut down five threads accused of fat shaming individuals among other nefarious deeds, she might has well have been wielding a flamethrower. Even if Reddit management was united about the rules, it sure looked like mom was coming in to make everyone behave. That did not go over well.

A Change.org petition sprung up in June accusing Pao of ushering in an age of “censorship” and calling her “manipulative.” The document — and the flood of anti-Pao threads on Reddit — argued she had attempted to “sue her way to the top.” Never mind that she has better on-paper credentials than most executives. (She is Princeton-educated engineer with a Harvard law degree and an MBA.) Nor was she the most controversial, or abrasive or difficult boss in an industry known for CEOs that sometimes lack, to put it gently, interpersonal skills.

But the rules are so often different for women at the top. Personality matters and the margin of misinformation is tiny. Be very good at your job. And also, play nice. When Jill Abramson was fired as editor of the New York Times she was described with many of the same adjectives used to vilify Pao at trial. Abramson made a fuss over gender inequities, she was “difficult,” she “challenged the top brass.”

By July 2 when Pao made the mistake of firing a popular female staffer who served as an intermediary with the volunteer moderators, the site’s users were already primed to grab their virtual pitchforks. The petition to get rid of her racked up thousands more signatures and moderators started shutting down pieces of the site and writing editorials in the New York Times. Pao apologized, not just for the abrupt firing, but also for a general lack of communication with volunteer-forum moderators, a problem that even many of her critics admit predated her tenure.

Then on July 10 she announced she would be stepping down and that co-founder Steve Huffman would return as permanent CEO. She is planning to stay on as an adviser, though in an interview with TIME, the company’s chairman Alexis Ohanian did not clearly define what that actually means. However, in his statement board member Sam Altman did acknowledge some of the toxic abuse aimed at Pao saying: “It was sickening to see some of the things Redditors wrote about Ellen. The reduction in compassion that happens when we’re all behind computer screens is not good for the world. People are still people even if there is Internet between you.”

Finding a way to curb those baser impulses without crushing the vibrancy and goodness that exists on the 10-year old site will now be Huffman’s challenge. It won’t be easy. In reality, the censorship that some users were so furious about barely nicked at the not-so-subtle undercurrents of hate and misogyny. Sure, the repulsive “creepshots” thread is no more, but “CoonTown,” Reddit’s 10,000-subscriber racist community, rife with the N word is still there. And at a moment when Southern Republicans are calling for the removal of Confederate flags, fighting to preserve those kinds of forums looks as outdated as it does insensitive. 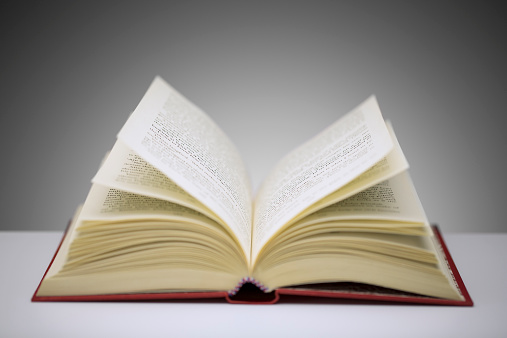 50 Life-Impacting Books Recommended By 50 Global Entrepreneurs
Next Up: Editor's Pick