Melissa Benoist: Playing Supergirl Taught Me 'Not to Take Any Crap'

Supergirl will finally take flight on CBS this fall under much scrutiny: the premiere of the trailer earned both cheers and jeers on social media. But star Melissa Benoist is ready for whatever may come: The former Glee and Whiplash actor cites Gloria Steinem and Susan Sontag among the powerful women who have inspired her in her performance and says playing Kara Zor-El has taught her that strong women don’t have to be “b-tches” as they are often portrayed on TV.

TIME spoke with the actor at her first Comic-Con about the advice her Whiplash co-star Miles Teller gave her about green screens, her “musical Tourette’s” and overcoming her issues with confrontation.

This is your first time at Comic-Con. What do you think of all the cosplay?

I actually think the costumes and the dressing up is really cool. I was a kid who would dress up for showings at movie theaters. I was Hermione a couple times for Harry Potter. I dressed up for Lord of the Rings: Return of the King. Star Wars—when Revenge of the Sith came out I wore an Obi Wan hood.

A lot of people, especially here at Comic-Con, have been waiting for a female superhero to return to the screen for a long time. Do you feel that pressure?

I think that comic book movies are at this place now that they’re so humongous. I think of Iron Man as the movie that kind of started this whole thing, and it’s just been too long: We’ve had some female characters who are badasses, but I think it’s just time for a female-centered heroic story.

Of course I feel pressure because of that. It feels big. I’m accountable for the message we’re trying to spread and what Supergirl does—whether she defeats a bad guy, how she defeats him, how she deals with her problems. But I think there’s this climate now where women are really speaking up and women aren’t afraid anymore. I know that this is not Gloria Steinem, but I think it’s important.

You mention Gloria Steinem. When you walk onto set and want to channel a powerful woman, who do you think about?

Her! Totally. And Susan Sontag, I’ve read a lot of her books. I love her. Anais Nin. In terms of women on television and in movies: Everyone says Meryl Streep but there’s a reason. She’s so strong and confident and independent. I grew up loving Judy Garland and Rosemary Clooney and just wanting to be the woman that affected people and made them feel something, made them feel more powerful.

You want to portray this empowered character, but when the Supergirl trailer first came out, a lot of people criticized it. They compared it to the SNL Black Widow rom-com spoof.

I expected that. I kind of knew when that skit came out, I was like, “Oh gosh. That looks familiar.” What I think is different is our show is a discovery. She’s never used her powers before. Black Widow was trained to be an assassin so putting her in that position she was in in the skit is ridiculous. But with Supergirl, we have room to grow. She doesn’t know how to be that badass quite yet. She’s learning how to be a woman.

Whenever you play a superhero you’re bound to be picked apart. Did you seek out any advice from your Whiplash co-star Miles Teller who is playing Mr. Fantastic in Fantastic Four this summer?

At the time I hadn’t booked Supergirl yet. But he had done Divergent, and he did talk to me about how difficult it was to act in front of a green screen and just like the sheer magnitude of how much money goes into these things and the special effects and how that creates a lot of pressure and how it will affect you.

So how is your first time in front of a green screen?

It’s flexing different acting muscles. I was raised in a musical theater sphere of this business, and playing a superhero in front of a green screen is a beast compared to that. You have to keep a grounded humanity even though you don’t have anything around you and you’re saying these one-liners. Finding the humanity to that is important to me, but it’s very difficult.

How do you manage that?

I try to imagine—say there’s a situation where they’re having me fly, and something is really dire and I have to go save someone and fight someone. I’m flying as if someone is mugging my mom, and I’m going to save her. I don’t know, you just have to root it in real situations.

But a musical theater background must help with that somewhat. In reality, not everyone sings everything that they feel.

True. Though I felt more normal doing that.

Are you a singing in the shower type person?

Oh, totally. Maybe it’s because I break out into song into my day-to-day life.

Do you walk onto the Supergirl set and just start singing?

All the time. There was one day where all I could think about when I was up in the wire flying was, “I got the power.” I couldn’t keep that inside. I have, like, musical Tourette’s.

They showed a preview of the pilot here. What has it been like watching yourself transform into a superhero on screen?

I usually don’t like to watch myself. I’m very critical. I don’t like looking at my face, and I’ll judge the tiniest twitch in my face. In this show, it’s different because when I’m in a suit, I don’t recognize myself. In the action fight scenes I don’t see Melissa, I don’t see her. I guess it’s easier to watch this.

What does your family think of you being Supergirl?

I think all of us think it’s funny. My mom was on set one day with my little sister, and we were up in the desert. There was fire everywhere. I was dirty and punching people. And I sat down next to my mom on a break, and she looked at me and laughed. She said, “I just never, ever pictured you doing something like this.”

If you came from this musical theater background and never pictured yourself doing action, what do you think it was about your audition that got you cast?

I’ve said this before, but it really rang true to me when it happened, [executive producer] Greg Berlanti said to me in one of my auditions, “You’re like the Annie Hall of superheroes.” I automatically felt that awkwardness and [how] weird she is. She’s just not figured herself out. She’s not comfortable in her own skin yet. I’m going through that as a woman myself. I’m 27, but I still feel like I have so much to learn about being a woman and having confidence and really using my strength and my femininity. Maybe it’s just the right place and the right time, but I’m glad it’s happening.

Is there anything that the character has taught you about being a woman?

Totally. Not to take any crap. I take no sh-t off of nobody. I’m a person that is really afraid of confrontation. I always have been. That’s slowly but surely fading in a way that’s graceful. I try to confront with grace and strength. I think part of it is when you see a lot of powerful women in movies and TV, they come across as b-tches or snarky or someone you don’t want to be friends with. I think a lot of what playing Kara has taught me is really doing it with positivity and hope and being a good influence.

People assume if a woman is powerful, she’s going to walk all over you or stab you in the back or something. It doesn’t have to be that way. 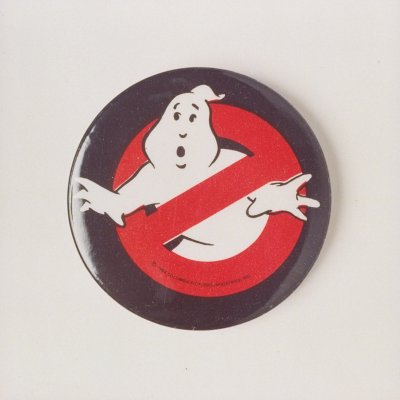 See the First Official Photo of the New Ghostbusters Cast
Next Up: Editor's Pick