J.J. Abrams and the Star Wars Cast on What It's Like to Make the Film as Fans

One thing that every cast and crew member on Star Wars: The Force Awakens probably had in common was the fact that they were all fans of the original George Lucas films. During the film’s panel at San Diego Comic-Con on Friday, director J.J. Abrams and several of the stars repeated over and over again to a room of more than 6,000 fans that working on Star Wars was a dream come true.

J.J. Abrams said he was careful to not let his fandom get in the way of doing his job. “I watched Star Wars with my parents too. It meant as much to me as it means to you,” he said to a fan. “Because we love it and care about it so much, our job is to not be blinded by that. Being a fan is not enough. When you are directing a scene on the Millennium Falcon, it doesn’t make the scene good. It’s b-tchin’ that it’s on the Millennium Falcon. But that doesn’t make it automatically good.”

Abrams says he was careful to go back to the fundamentals of storytelling—what is motivating this character in this scene—when he felt himself becoming too overwhelmed by the notion that he must pay homage to such a precious part of pop culture history.

It’s a fact that the cast and crew had to confront even when they left the set. John Boyega spoke about taking Harrison Ford to a Nigerian restaurant in London during filming. Everyone inside fell silent when Ford walked in. “This guy comes up to him and goes, ‘Are you Harrison Ford?'” remembered Boyega. “And Harrison Ford says, ‘I used to be.'”

Oscar Isaac pointed out that the aura of Star Wars is not limited to the offscreen world. People in the film, like his character Poe, were likely touched by the events of the past movies as well. “Poe was probably watching when the medal ceremony was happening, thinking, ‘I want to be that hero and take up that mantle,'” he said. “And that’s what he does—sometimes even recklessly so.”

Not everyone has memorized the canon, though. Mark Hamill, who played Luke Skywalker in the first three films, admitted that he flunked a Star Wars trivia quiz recently and couldn’t even remember what Han Solo had been smuggling. “I’ve ceded ownership to the world at large,” he said.

Both Hamill and Ford will return for the new film. 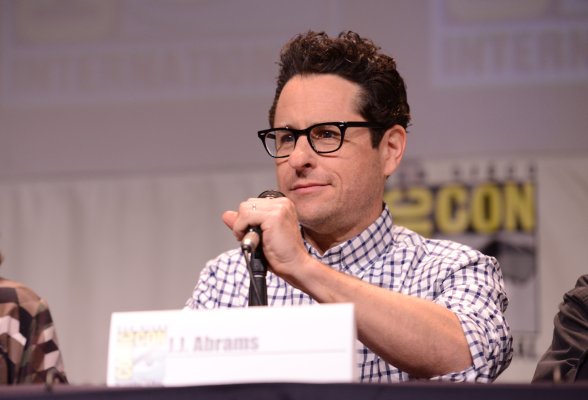 Here's How J.J. Abrams Answered a Blunt Question About Diversity in Star Wars
Next Up: Editor's Pick