Fans of the game World of Warcraft have been waiting for a film adaptation for nearly 10 years since the project was first announced in 2006. Director Duncan Jones (Moon, Source Code) will finally deliver the movie in June of next year in what he promises to be a new twist on the fantasy genre. There won’t just be good guys and bad guys, but heroes who deserve the audience’s sympathy.

In the shadow of a life-sized orc from the film, TIME chatted with Jones about humanizing monsters, potential sequels and why Warcraft will feature empowered female characters, not just provocatively dressed love interests.

TIME: Video games are active experiences where you make choices. Films are much more passive and linear. Did you try to capture that spirit of video games at all in the movie?

Duncan Jones: I’m not trying to recreate the experience of playing a video game. That’s not my intention. There is a huge body of work that Blizzard, who made the games, have been working on for 20 years in creating an entire fantasy universe. The trick was really what story is singular enough that you could make a film out of it. We decided on the first contact story where orcs met humans for the first time.

How did you bring the human experience to these non-human characters?

That’s kind of what both my previous films have been about: finding the humanity in situations that are very dehumanizing. In Moon, Sam is a clone and therefore not a human in the sense that we really think of one. But he’s still absolutely human and sympathetic. Colter Stevens, Jake Gyllenhaal’s character in Source Code, is in a similar position. But these are both characters that the audience can empathize with.

So for me, it wasn’t a stretch to say these orcs have lives. They have husbands and wives and kids. They have needs and want to look after their families. Let’s tell that story and let the audience empathize with them. The structure of the film—which is a little bit unusual, certainly for fantasy— is about these two sides where there are heroes on both sides, and the audience will be torn because they’re going to care about both sides as they are drawn into a conflict they cannot find a way to avoid.

Did you draw inspiration from any particular film for that sort of story?

It felt very fresh to me, and it feels very contemporary—this idea that conflict’s not being about good and evil and not necessarily being black and white. If you dig deep enough, you’ll often find that people do things because they feel that they have to as opposed to because they are evil. I think that’s something worth investigating even in a fantasy genre.

That sort of story, looking at both sides of a conflict, has been done in books and television before but over the course of many hours or thousands of pages. How do you manage to do that when you only have two hours in a film?

Some films have an opportunity to do something similar on an even bigger scale. Warcraft by its very nature is epic in scale. I think being able to see this on the big screen with amazing effects—that’s difficult to pull off on TV. It’s not fiscally possible.

Your previous films have been much more intimate, and you really get to know the characters. How do you get those performances out of actors who have to worry about pretending they’re fighting CGI orcs?

I was involved in the writing on this, and I approached it as everything else I’ve done: character first. It’s only going to work if the audience cares about the relationships among these characters.

Obviously, our human cast is fantastic, but they didn’t have to worry about wearing silver pajamas and having two little cameras pointing in their faces at all times. So the guys who worked on the orc side of the cast, I really was asking a lot of them, and they delivered even though they looked ridiculous. It’s tricky when you’re an actor trying to be in that moment but you’re looking across at someone wearing silver pajamas as well—it’s hard to take seriously.

Do you feel like that’s a different skill set?

Yes, and it’s more and more called for these days. It’s a very binary thing: some actors go for it, and it’s natural for them. And some seize up and feel too embarrassed. You learn early who can do it and who can’t.

Before this, I knew nothing about Warcraft except that South Park episode. Why should I and people like me who’ve never played go see this film?

I’ll be doing a lot of begging. “I’m sorry your spouse was playing 16 hours a day, but just give the film a chance!”

I really think I’ve made a good movie, and I’m going to do everything I can to convince people this is for everyone. When Peter Jackson made the Lord of the Rings movies, I remember there was a concern that people who didn’t read Tolkien wouldn’t go see the first one. But the films were so good in their own right that the audience grew beyond the readership of the book. I hoping that’s what we can do as well.

There’s been an ongoing debate about how women are treated in the gaming world—how they’re portrayed in video games, misogynist attacks on female players. How do you address those problems of sexism in this film?

When we were writing the film, it was also really important to me that we maintain the balance that they got so right in that game. Multiple key characters in our film are women and are not love interests. They stand up and work in the film in their own right.

How do you balance that with appealing to these hardcore fans?

It’s not a problem, because Warcraft by its very nature has always represented different races and genders.

So you feel you don’t have the same problems you would face in adapting something like Tolkien?

Exactly. It wasn’t written by an old, white man in the trenches in World War I. It’s going to have a different vibe.

So now that you’re basically done with this film, what’s next?

I’m going to try to go shoot an indie sci-fi film. This comes out in June of next year. I’m hoping I can get a long-germinating project, a smaller science fiction film in the feel of Moon, made before it comes out. 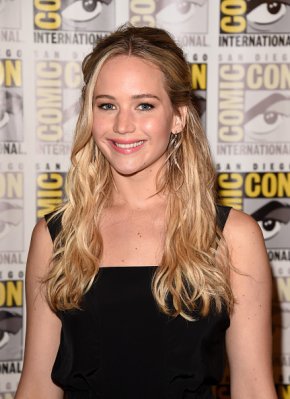 Jennifer Lawrence to Star in Romantic Dramedy The Rosie Project
Next Up: Editor's Pick