This is How Alzheimer's Disease Got Its Name

It was on this day, July 15, in 1910 that the second volume of the German book General Psychiatry was published. Though the book was written by eminent psychiatrist Emil Kraepelin, it ended up preserving the name of a different doctor: it was the first time that a type of dementia was described as “Alzheimer’s disease.”

The name was in honor of Alois Alzheimer, another German psychiatrist, who in 1906 identified the cases of dementia described by Kraepelin. The pair were quite familiar with each others’ work. As recounted in Konrad and Ulrike Maurer’s Alzheimer: The Life of a Physician and the Career of a Disease, Kreapelin worked closely with Alzheimer, who even filled in for the former at work when he was busy writing General Psychiatry. Alzheimer had originally been Kraepelin’s research assistant in the medical school in Munich, and it was there that he was able to create a lab dedicated to research in brain science.

As TIME described in a 1983 article about the disease’s prevalence, Dr. Alzheimer had noticed that the brain of one of his patients—known as Auguste D—looked different from other brains:

Read the full story from 1983, here in the TIME Vault: Slow, Steady and Heartbreaking 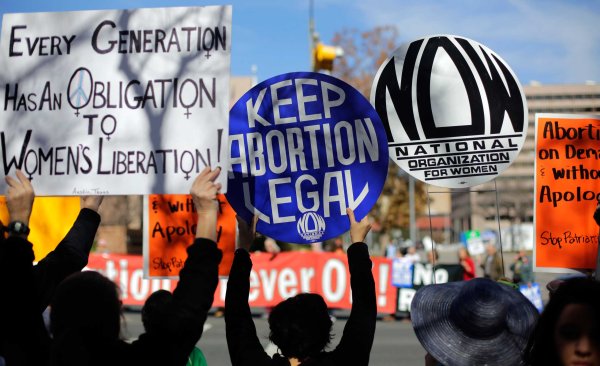 Hardly Any Women Regret Having an Abortion, Study Finds
Next Up: Editor's Pick