If it wasn’t clear before, it is now: Pope Francis is no moderate. In what some are calling a “nearly revolutionary” speech, Francis gave a 55-minute papal tour de force in Bolivia Thursday night calling for a “structural change” to a global economy that runs “counter to the plan of Jesus.”

Francis and his predecessors have issued strong calls for global economic structural reforms before, but Thursday night’s address to the poor of Bolivia went above and beyond. “The future of humanity does not lie solely in the hands of great leaders, the great powers and the elites,” he said. “It is fundamentally in the hands of peoples and in their ability to organize. It is in their hands, which can guide with humility and conviction this process of change. I am with you.”

If his September address to the U.S. Congress looks anything similar, House Speaker John Boehner and leaders of both parties might regret their invitation to the 78-year-old Jesuit pontiff. Here are the four foundations of his revolution.

2. People—not profits—must be the center of the global economy. Lambasting unbridled capitalism as a “subtle dictatorship” and the “dung of the devil,” Francis argued that when the “unfettered pursuit of money rules,” that “the service of the common good is left behind.” Francis called on the people to counter this: “Let us say no to an economy of exclusion and inequality, where money rules, rather than service. That economy kills. That economy excludes. That economy destroys Mother Earth.”

3. We can’t wait for change. In his recent encyclical, Pope Francis said that, “doomsday predictions” about the environment “can no longer be met with irony or disdain.” On Thursday, he argued the same could be said of economic injustices: “Time, my brothers and sisters, seems to be running out; we are not yet tearing one another apart, but we are tearing apart our common home.” To address this economic situation, Francis argued that people must not be afraid to say “we want change.”

4. Lasting change must begin from below. The pope argued that structural change won’t be the “result from any one political decision.” Change from below works, the pope said, because when people get “caught up in the storms of people’s lives,” they are deeply moved and compelled to act.

Pope Francis’s speech didn’t reek of socialism, communism, or Marxism, but of a radical commitment to the Gospel of Jesus Christ. “Working for a just distribution of the fruits of the earth and human labor is not mere philanthropy,” the pope said. “It is a moral obligation. For Christians, the responsibility is even greater: it is a commandment. It is about giving to the poor and to peoples what is theirs by right.”

If Pope Francis can sway Congress on this idea, then perhaps the world will begin to believe what so many of the poor already know: Francis truly is the vicar of that poor man who came two millennia ago to save his people.

Read next: Here’s a Picture of the Pope Being Given a Really Weird Crucifix 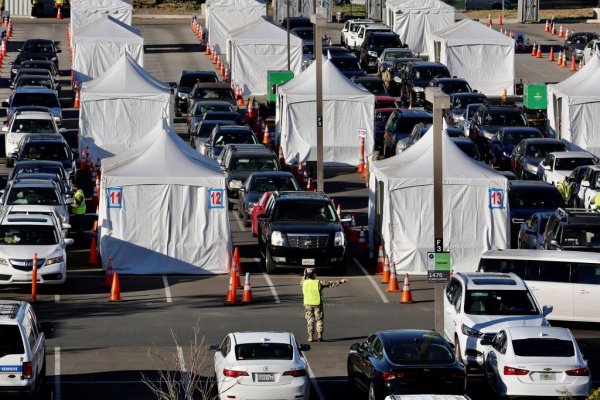 We'll Probably Never Eliminate COVID-19 from the U.S.
Next Up: Editor's Pick