How Omar Sharif Rose to Fame

Actor Omar Sharif, who has died at 83, first made major international waves with his role in Lawrence of Arabia, released in late 1962. But, as TIME noted in an early 1963 profile of the breakout actor, he was already a star in his homeland.

Sharif, born Maechel Shalhoub (per TIME’s 1963 spelling), was the son of a wealthy Egyptian lumber magnate but he knew he wanted more than a life of timber. He took on the name Omar Sharif calculating that English-speaking audiences were already familiar with the name Omar—both Omar Khayyam and Omar Bradley were well known—and that Sharif would carry just the right amount of exotic allure to attract Western audiences. But, though he had his sights set on Hollywood, his big break came at home:

In the end, she did more than that. She married him—a union that lasted about two decades—and he became just as famous as she was. (The fateful kiss also helped usher in a new standard of propriety for Egyptian film, in which kissing was more common.) And, by TIME’s reckoning, it should have been no surprise that Hamama chose him. “Women who have seen the picture [Lawrence of Arabia] say that they go away thinking about the fine performances of O’Toole, Alec Guinness, Anthony Quinn, Jack Hawkins and so on,” TIME noted, “but at night they dream about Omar Sharif.”

Read the full story from 1963, here in the TIME Vault: Arabian Knight 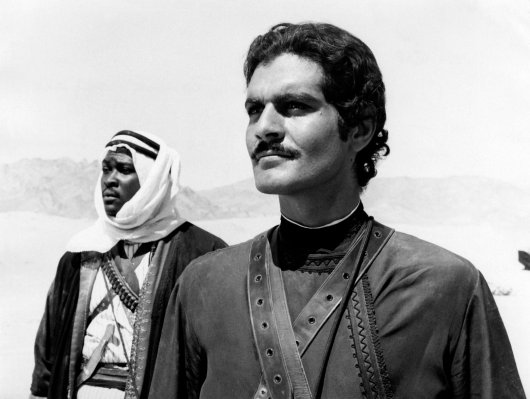 Hollywood Icon Omar Sharif Dies at 83
Next Up: Editor's Pick